DIY Break Wind : an idea which pop into my mind after moving in my new studio. Sharing more about it in this post.

If you have read my previous post Moving into a studio  I wrote about moving in a studio. I told you that I will share as much as possible and I decided to include a new category on the blog which is “Interior” !

Moving in a studio means small area and a single space where you sleep, eat, work, etc. In my little home, the night side is the first thing we see upon entering in the flat. This annoyed me and I wanted to create a separation without cluttering or burdening space and reduce the light so I think DIY Break Wind.

About a month ago, I found garden trellises in the street. The advantage of Paris and area is that we can find a lot of things for the recycling DIY because people throw things more easily.

I remember with my friend, we looked at each other and we thought the same thing about create something nice with it. Initially, I had thought to transform them into a headboard but ultimately it is a screen that has emerged !

This is only a half-screen since there are only two panels but the principle is the same. I also found  inspiration from Lisa’s blog Make My Lemonade DIY Paravent.

For decoration, I added :

What I have done has been to resize the panels. I kept one “foot” on each side for stability when standing and I cut a small extra piece I’ve studded on another corner of one of the panels to ensure better stability, a third foot if you prefer.

I then fix the two hinges 10 cm from the ends and the third in the middle of the panels.

I lightly sanded the little polish was left on the wood panels. Then I simply covered the structure with paint spray.

I chose the bomb because the cross structure would hase take more time to paint. Nevertheless, I would have had to use a white undercoat because wood was a bit dark and for having a good pastel finish, I used probably more mint paint than if I had used the first white !

Once the paint dries, I added my decorations: fairy lights, flowers, ribbons and little things to give a romantic and country touch to this panel !

This creation fits perfectly into my hallway and my sleeping area and especially the extra furniture that uses as my bedside table which is also made with wood cutouts. 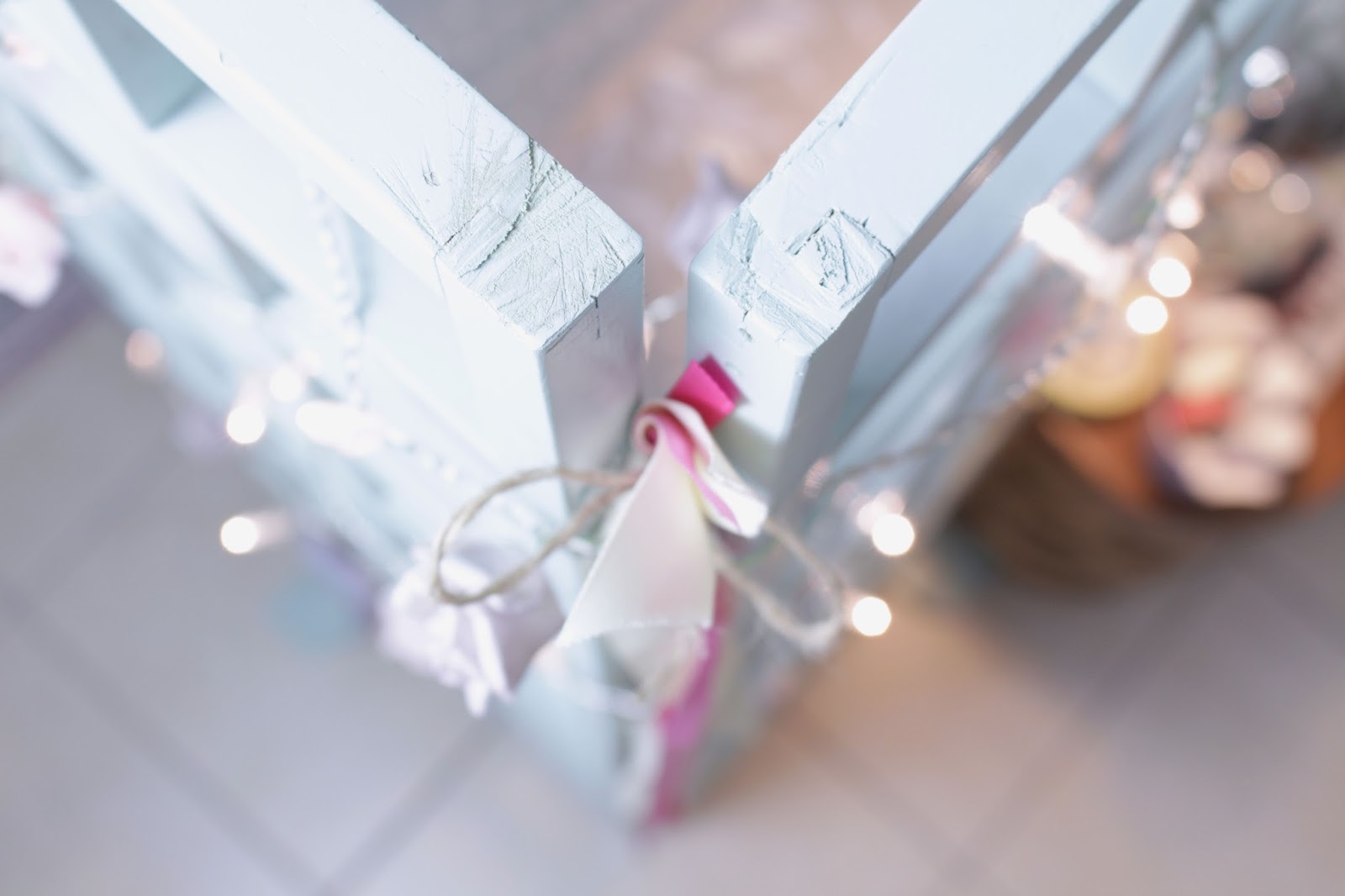 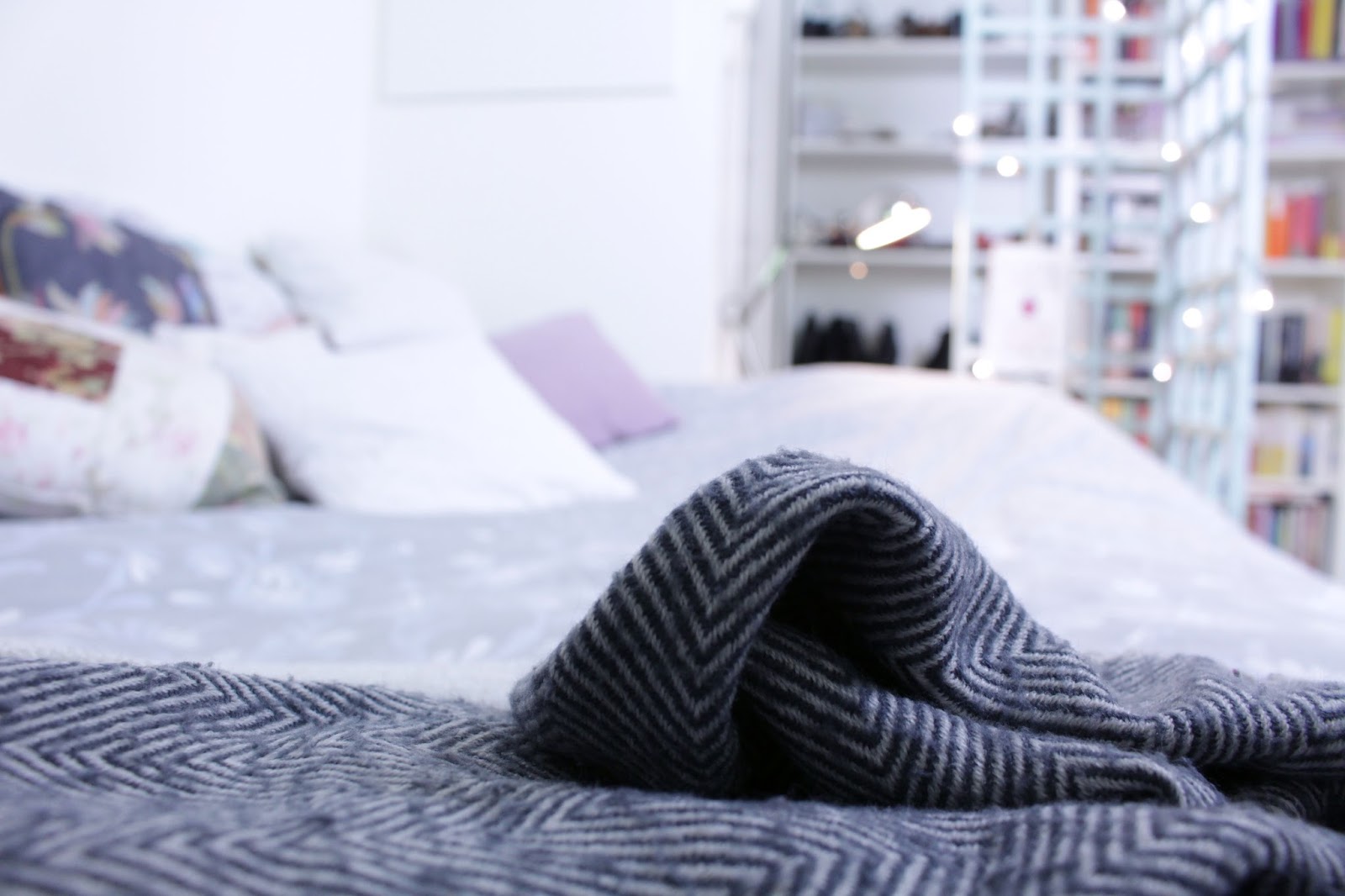 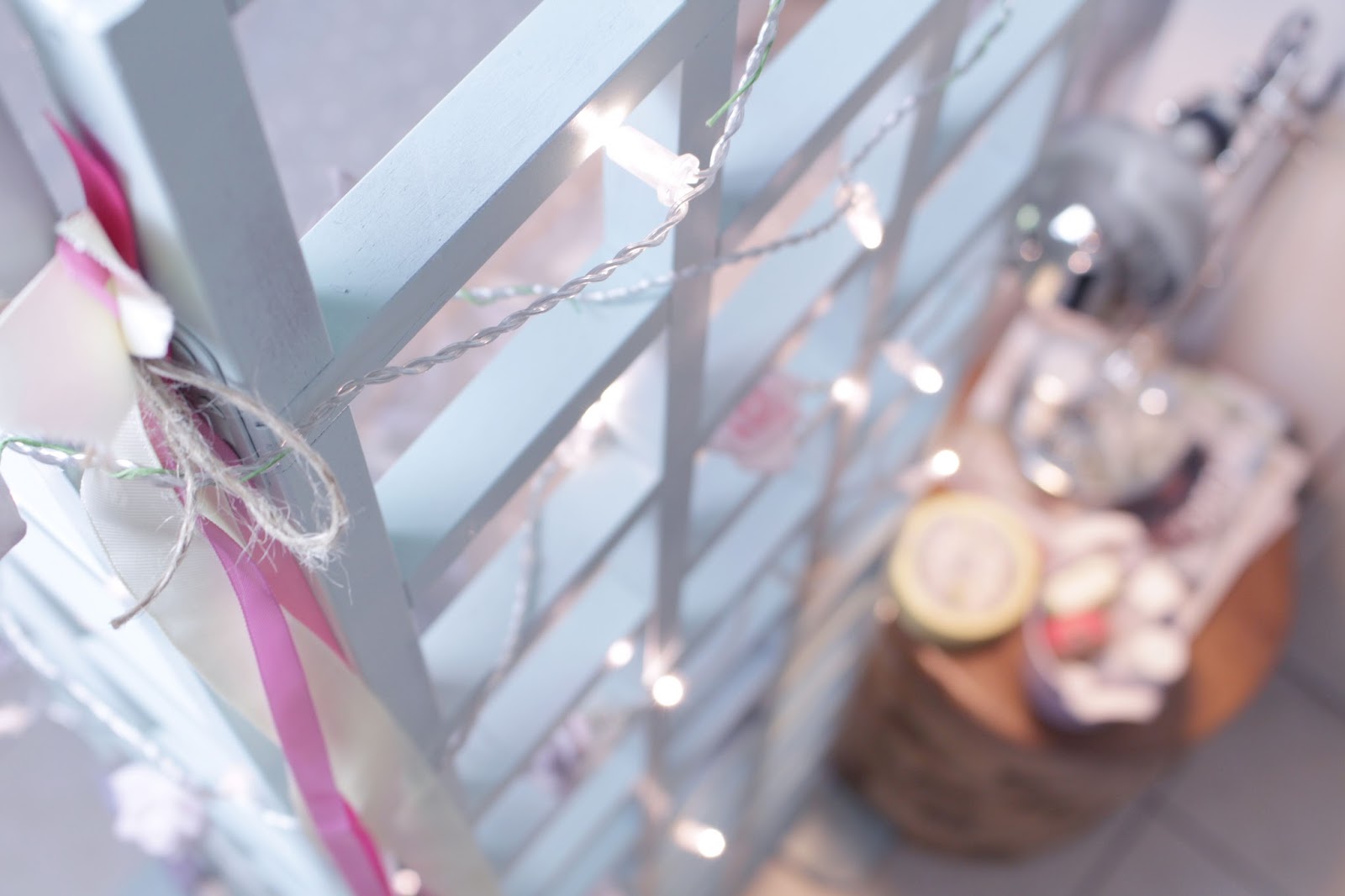 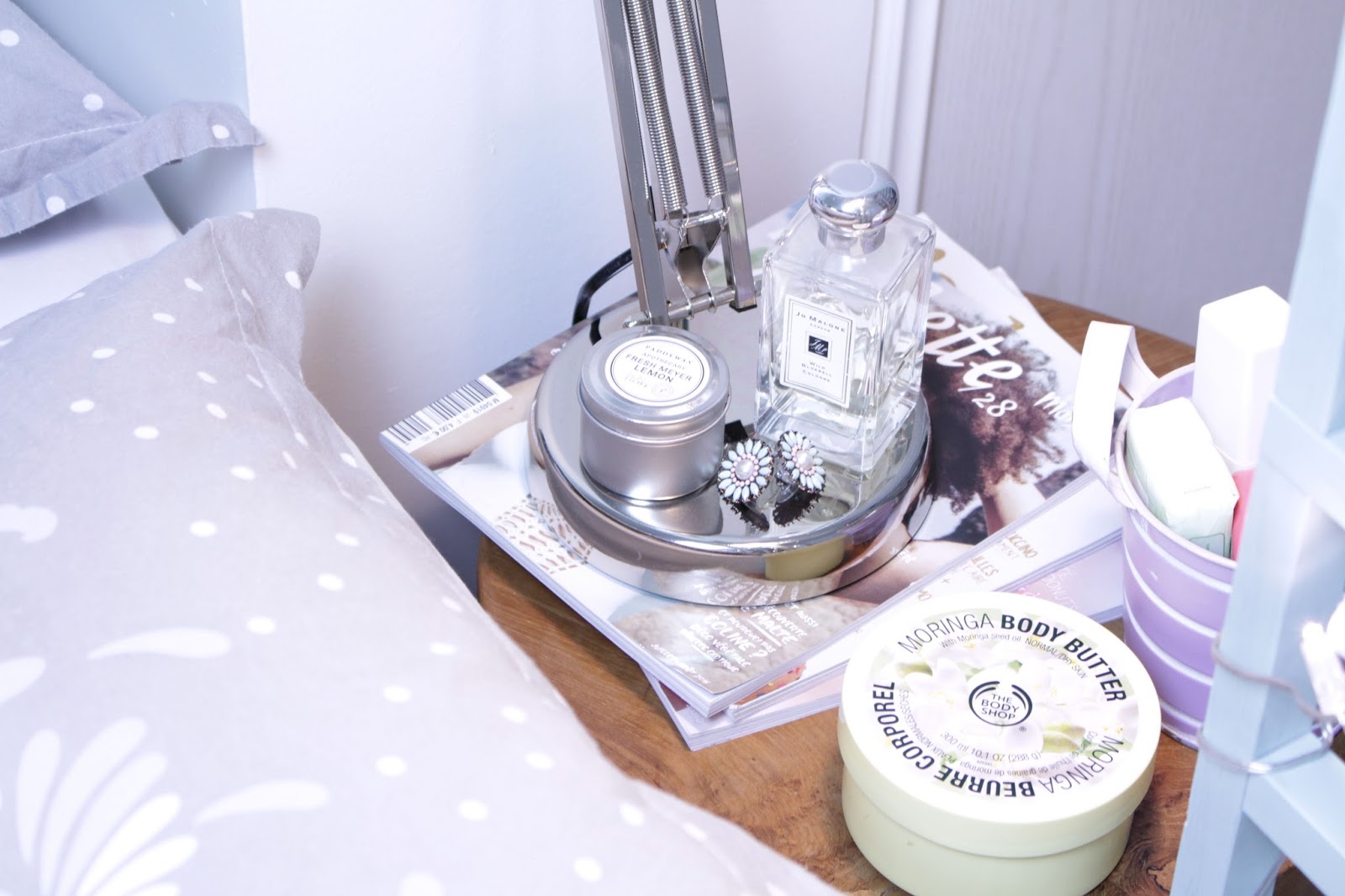 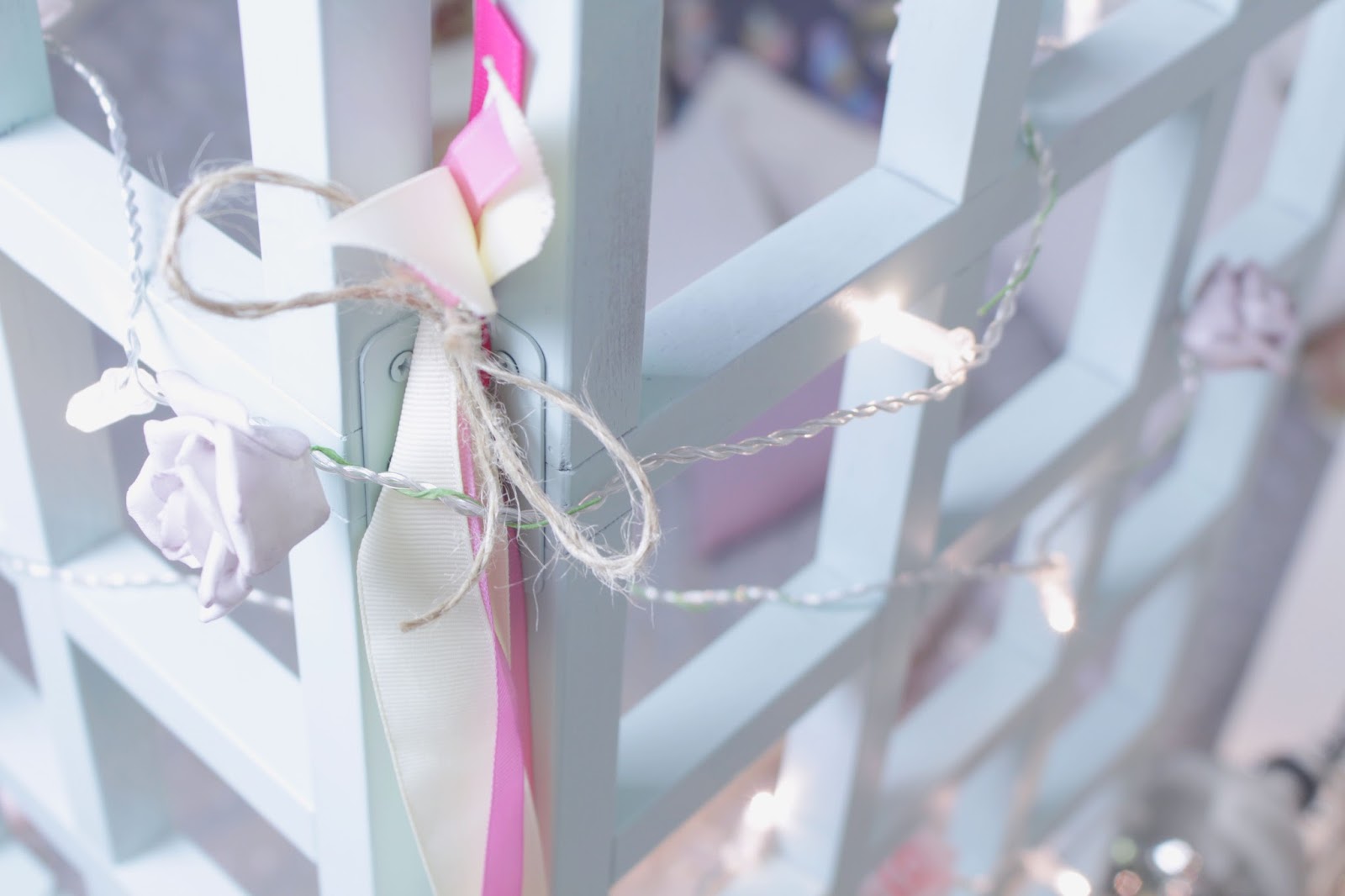 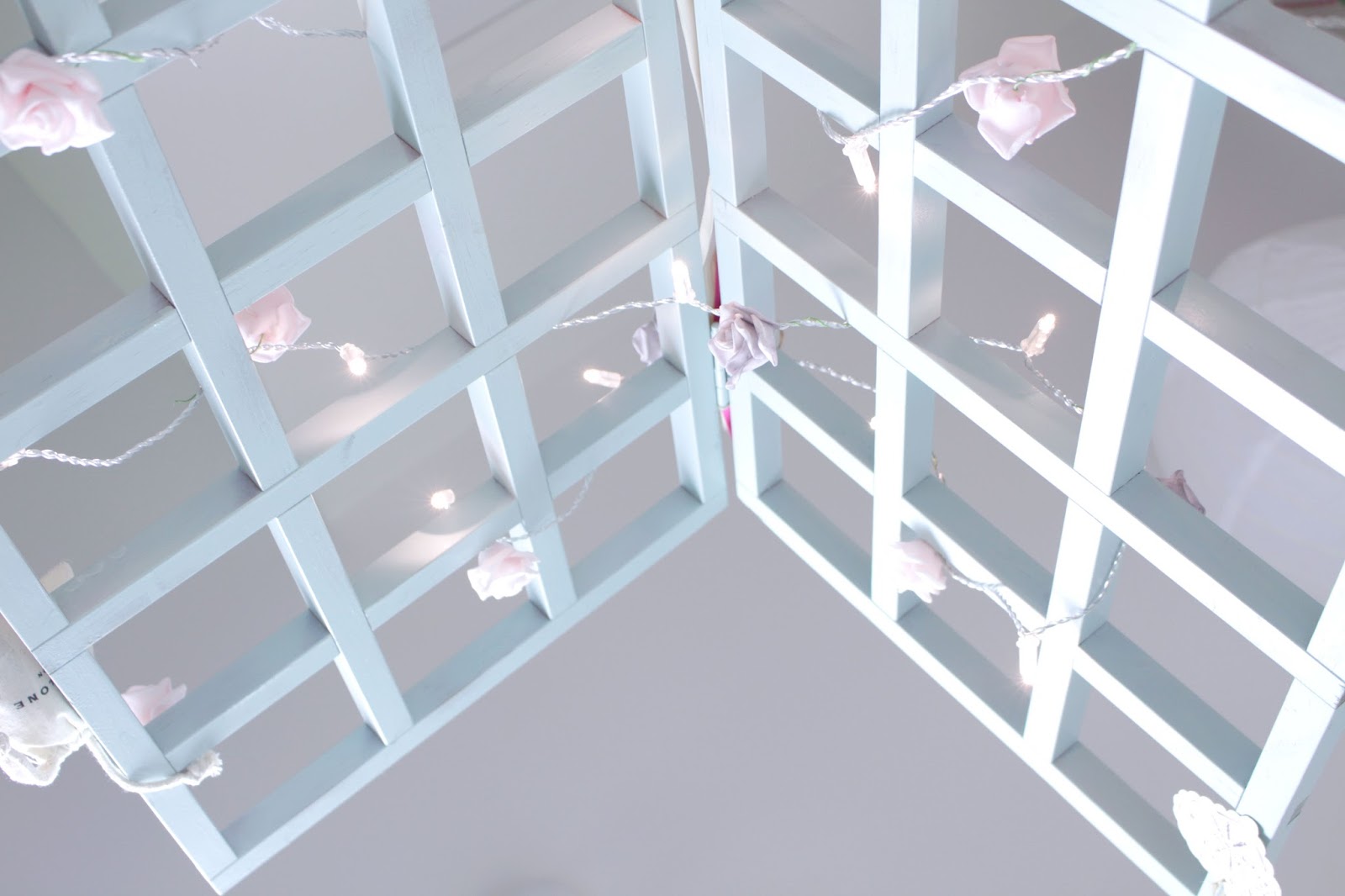 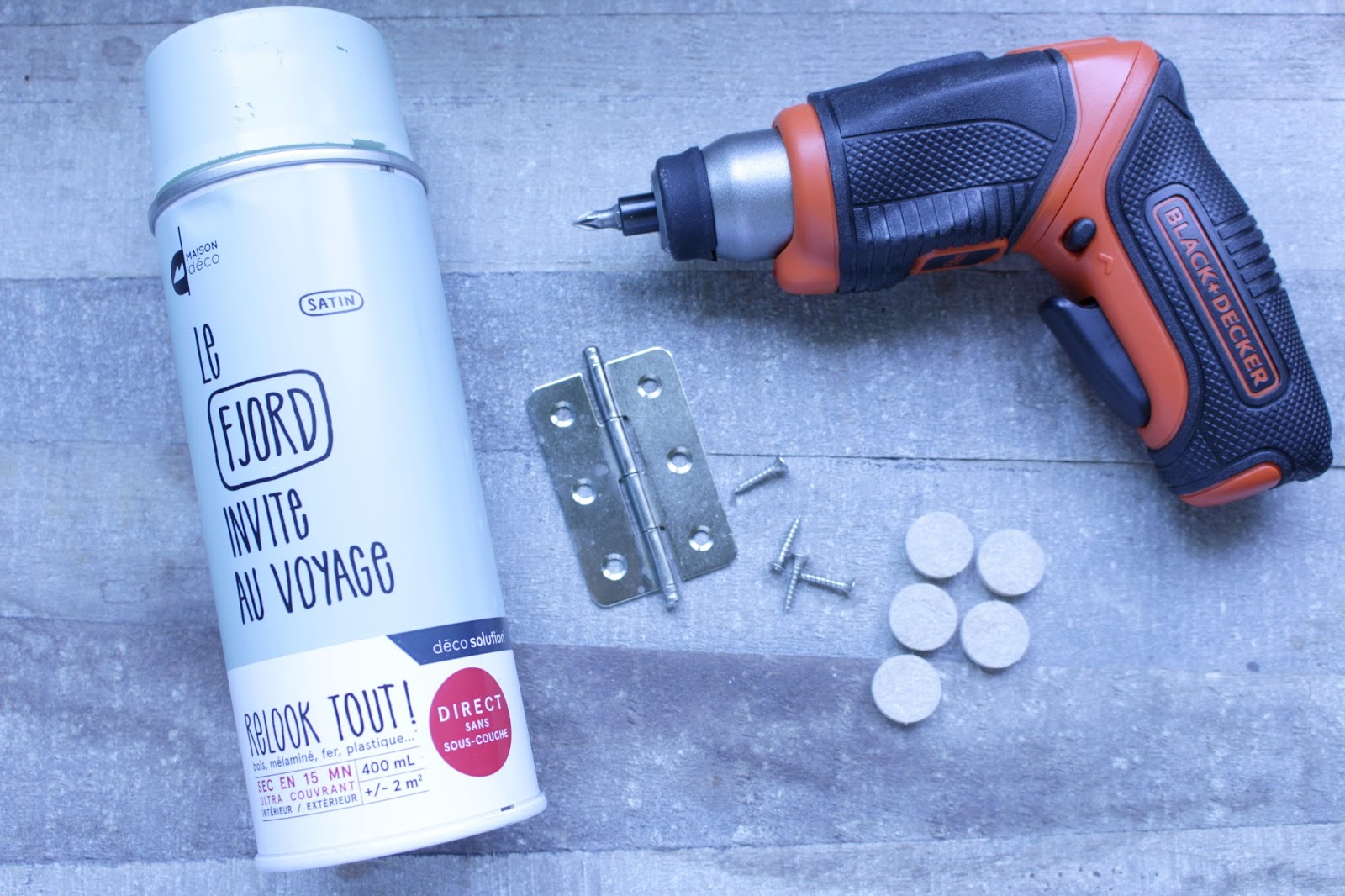 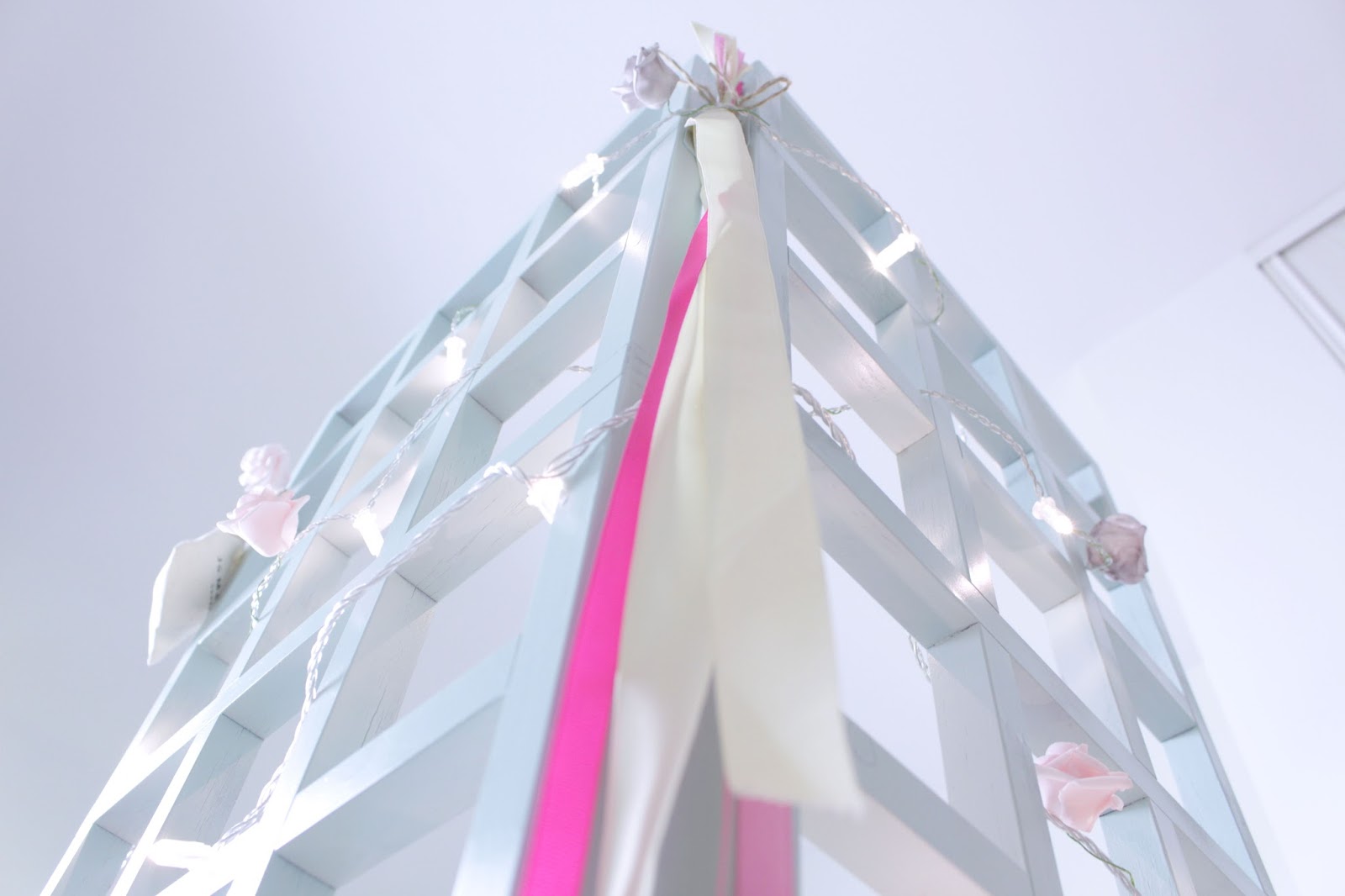