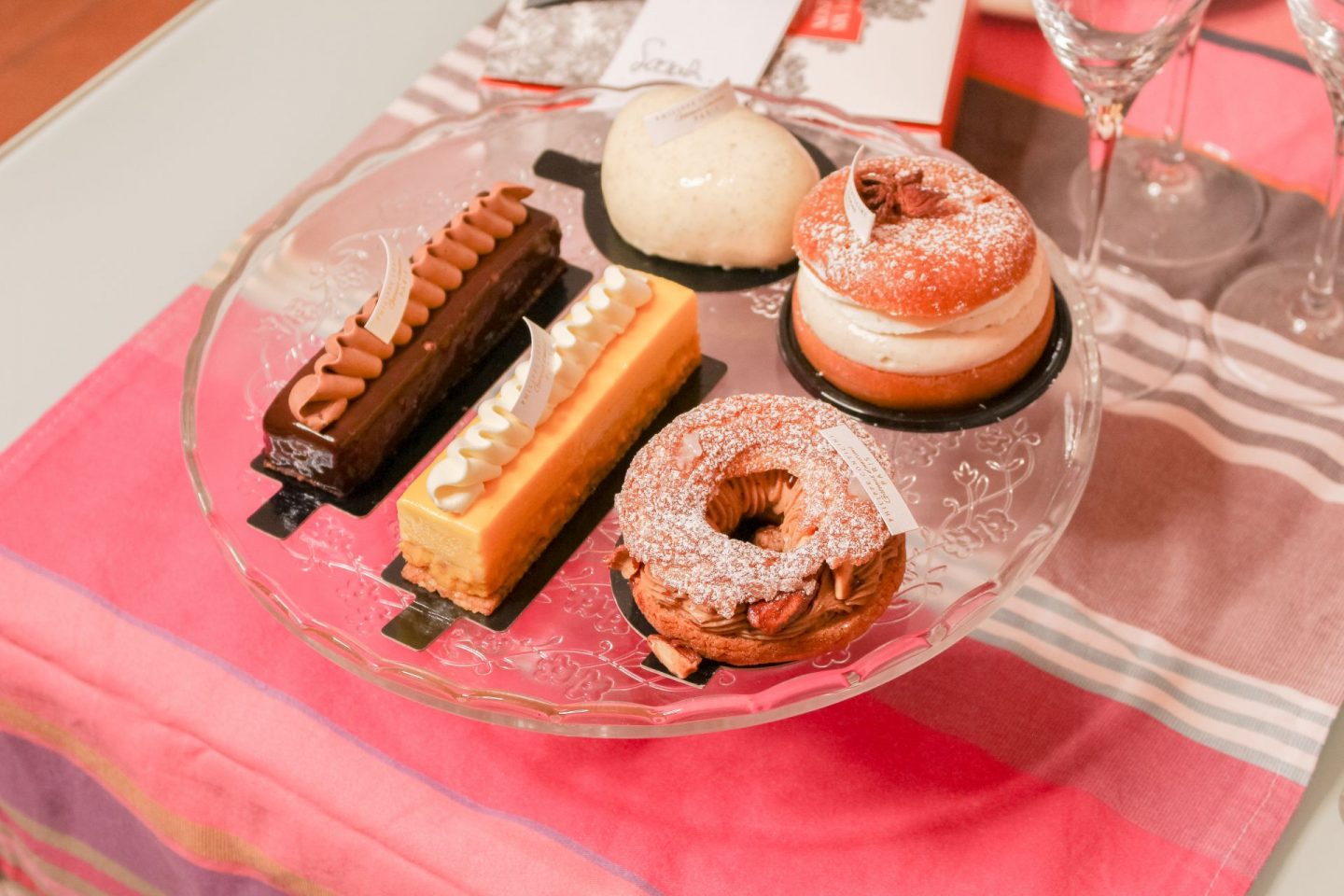 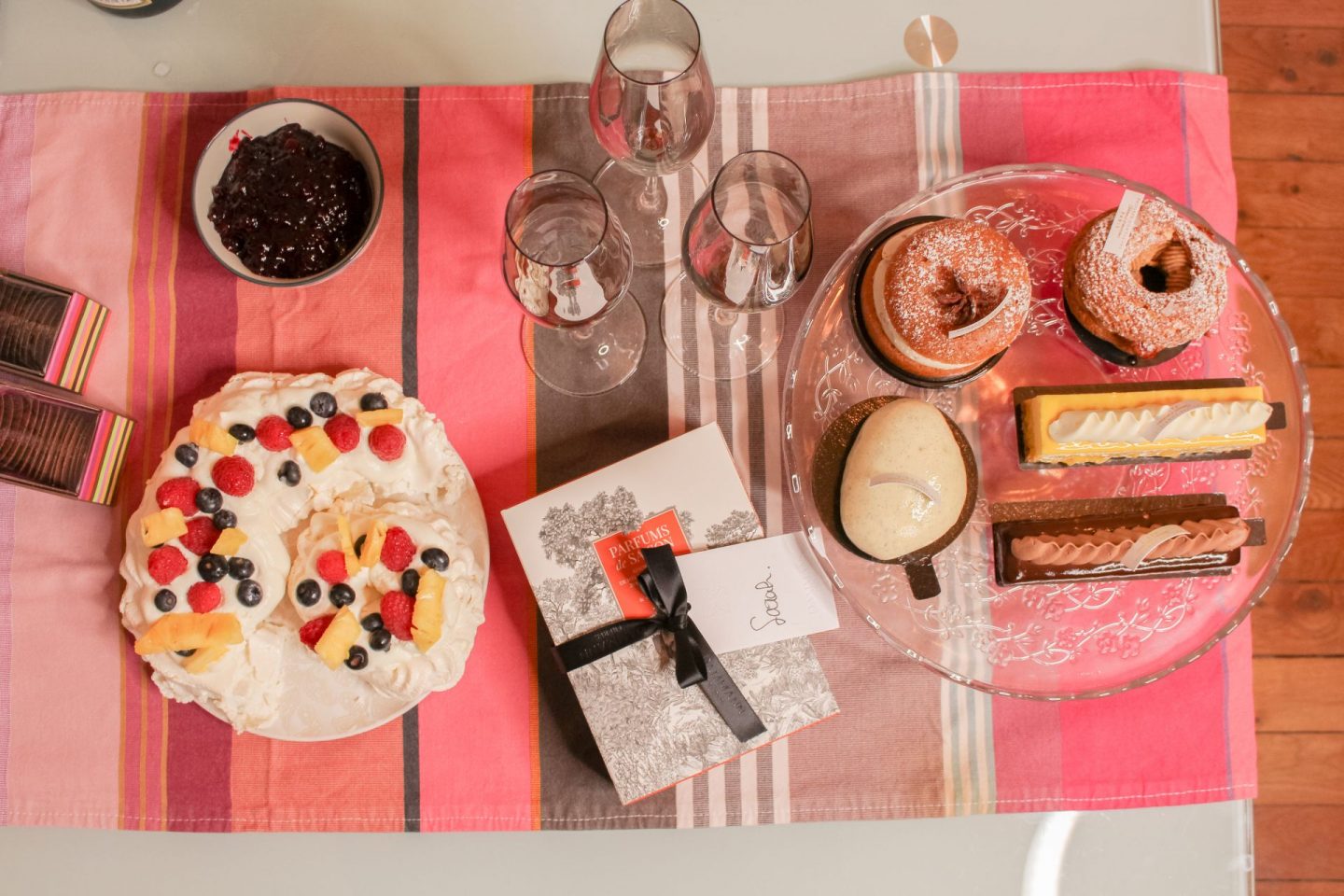 As I mentioned in my birthday post : Celebrating a birthday during lockdown, I suggested that you select a very good pastry to honor yourself and blow out your candles ! In the past, I had already tested the Pâtisserie des Rêves launched by Philippe Conticini and this year, I wanted to treat myself to a selection of his pastries !

French chef and pastry chef born August 16, 1963 in Choisy-le-Roi in Val-de-Marne, Philippe Conticini stands out for both his sweet and savory dishes. He is considered by his peers and by the media as one of the major figures of contemporary French and international gastronomy.

The chef has worked a lot internationally and in 1994 invented the principle of verrines which vertically and transparently transpose dishes traditionally served flat.

After having obtained several awards and officiating in starred establishments (La Table d’Anvers, Petrossian etc.), he became the co-founder and pastry chef of the Pâtisserie des Rêves. When you hear the chef speak, two words keep coming back : emotion and taste.

Today, you can discover his creations under the name “Philippe Conticini, Gâteaux & Pains d’émotions“. Two stores are present in the Paris : in the 7th arrondissement of Paris and the 16th arrondissement. Her creations are also available in a corner at Galeries Lafayette Gourmet.

I had the pleasure of meeting this man twice. He exudes benevolence, he is very sympathetic and generous – it shows in his cakes. 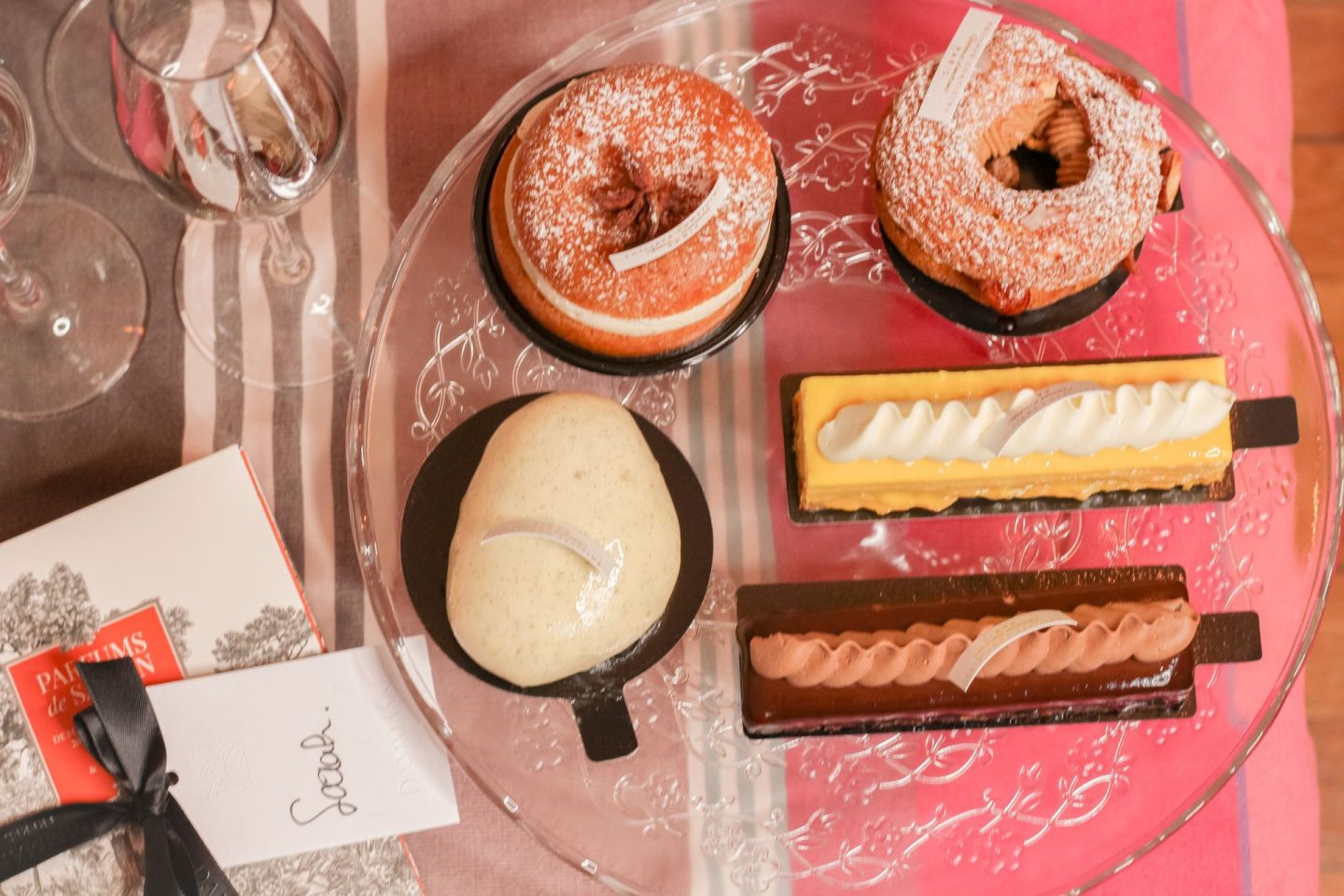 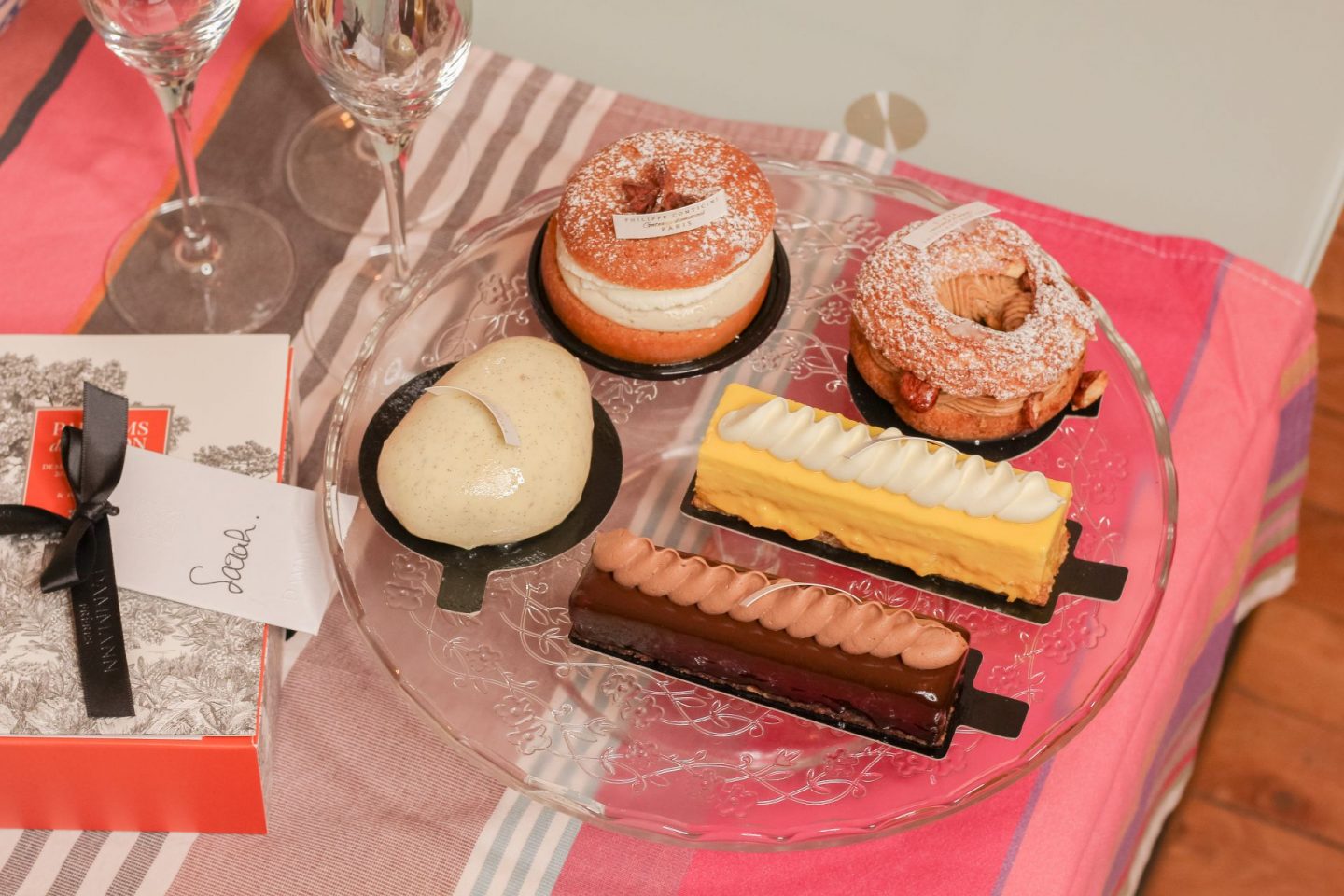 My opinion on the pastries

On the occasion of my birthday, I took advantage of an offer on Groupon (an offer is still in progress for the Christmas holidays !) with a Discovery box of 5 pastries.

I was able (and we were able !) to discover the following creations :

Aesthetically, all the creations catch the eye and make you want to taste them ! To say that everything was good would be a little easy. Obviously, each of his creations embodies a bit of art for the taste buds. Nevertheless, there are some pastries that I preferred based on my personal preferences.

For example, the Paris-Brest is one of my favorite desserts and in particular that of Conticini with its hazelnut praline insert which brings that extra touch of yummyness and richness in the mouth. Moreover, the small assembly with which I tasted this birthday tea time was unanimous !

Then, I fell in love with the Bayonnais and its texture game that I found very interesting in the mouth. I actually had the impression of being in the Basque country with this somewhat “raw” side that we know of this nature.

The other dessert that I preferred turns out to be the Marie Galante. Simply because I love exotic fruits – especially pineapple and passion fruit (and lychee ! Which I find in Pierre Hermé’s Ispahan). This dessert is an invitation to travel, to the islands and it was fresh, melting and crunchy – in short, I loved it.

Baba and Pur Vanille are also beautiful creations but which I (personally) find a little flatter because more unanimous in terms of taste. These are safe bets when we want to choose an option for people who like more traditional flavors. 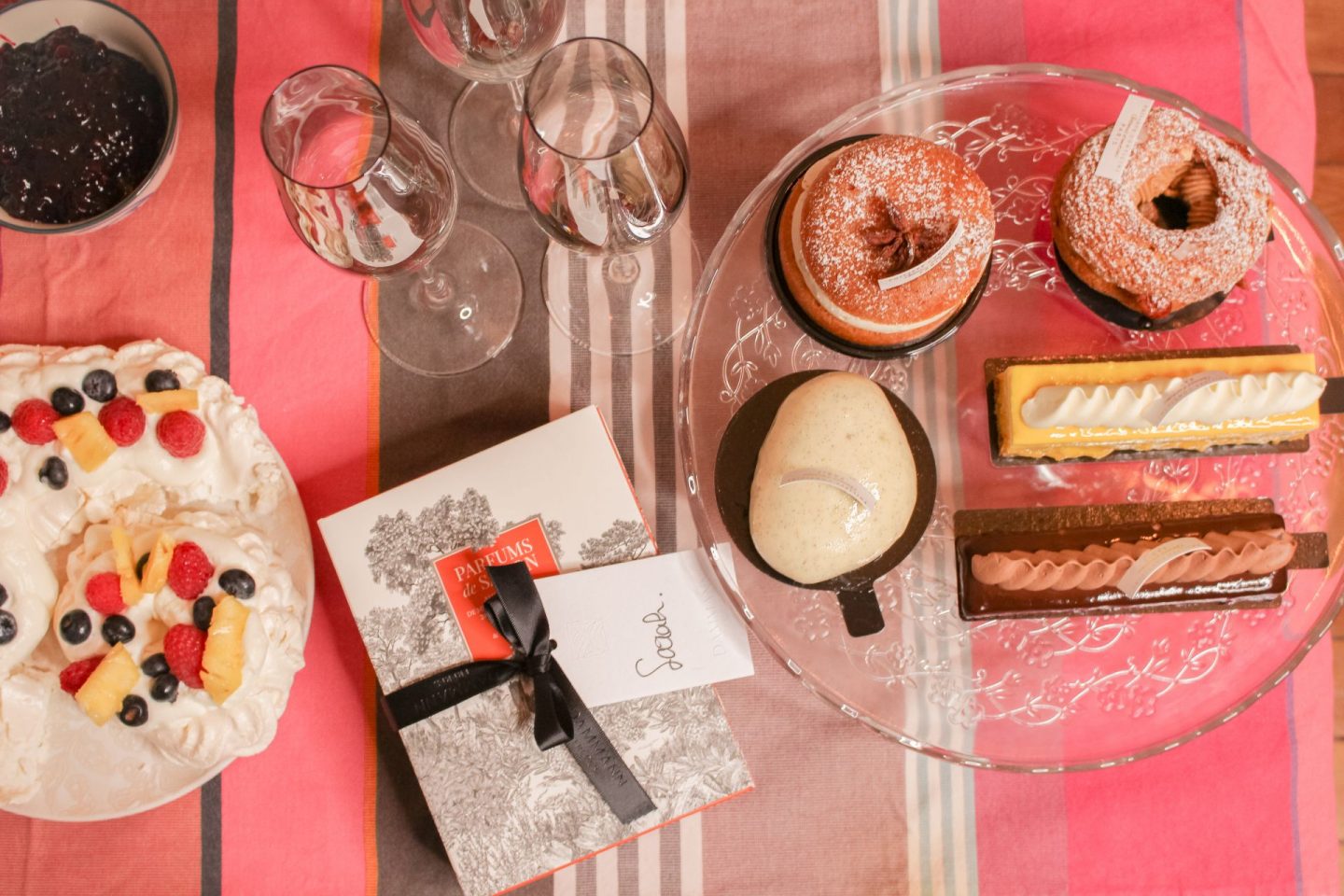