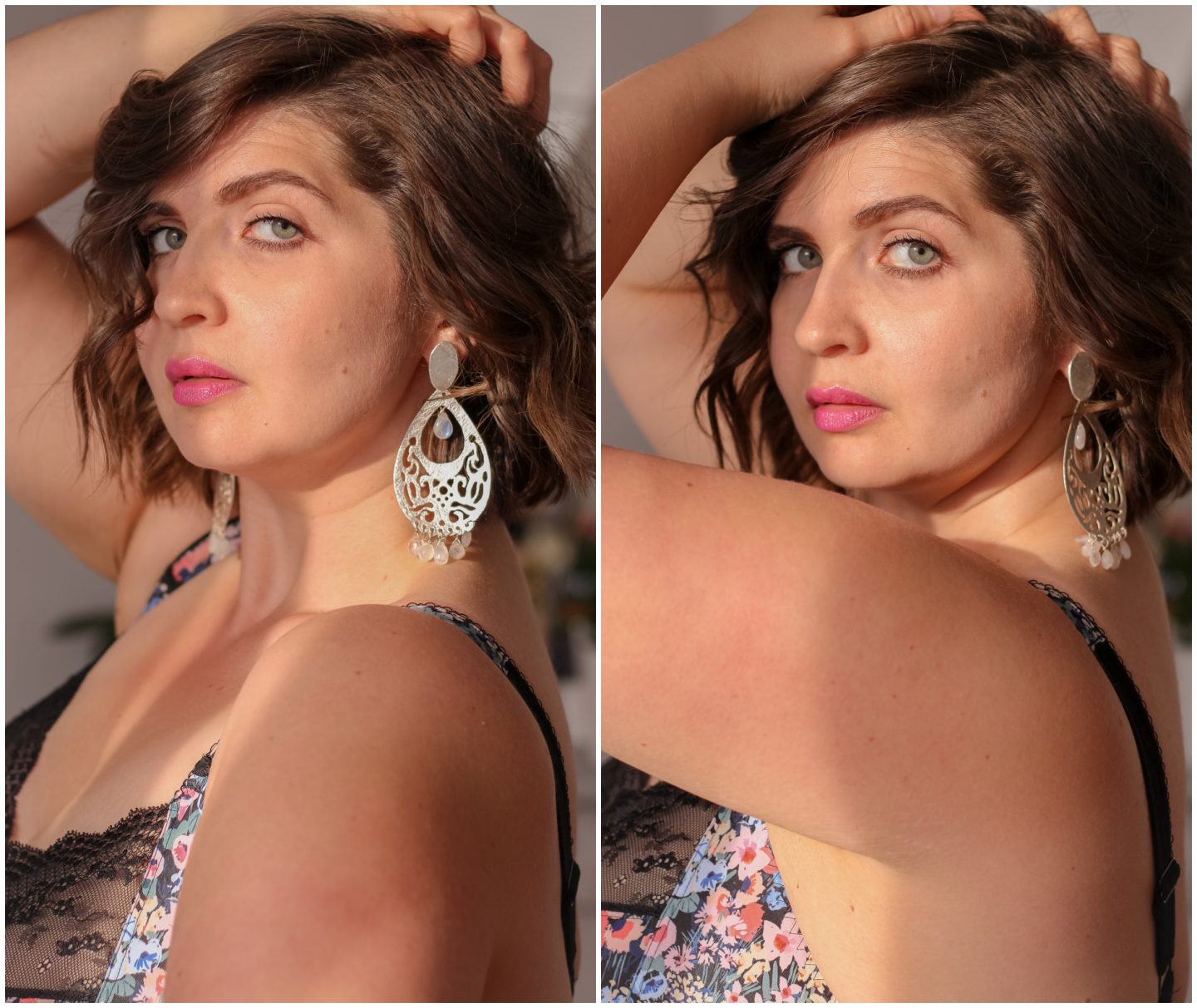 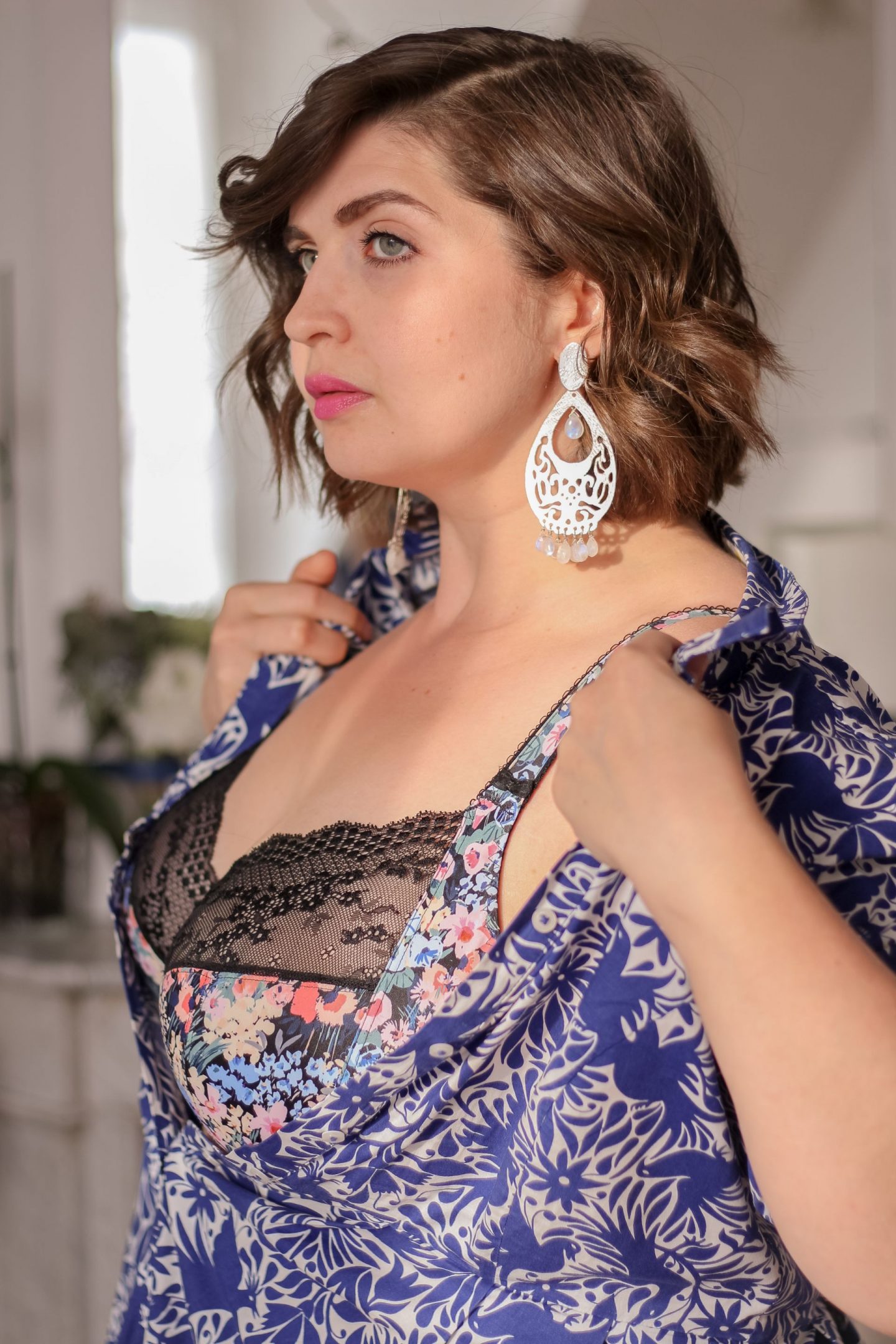 While preparing this article, I had fun doing a Google search with the keyword “generous breast”. The first page of results is entirely dedicated to pornographic content… This speaks plenty about how this female attribute is categorized. I wanted to write this post after watching an documentary entitled “Opulent breasts” by Kristen Vermilyea. I also wanted to bring my stone to this reflection about living with a generous breast.

The breasts are part of what we call “secondary sexual attributes“. They make it possible to distinguish individuals of both sexes of the same species – unlike the primary sexual attributes which are the sexual organs, they do not participate directly in the reproductive system. This difference will be formed at the time of puberty in humans with the increase in sex hormones.

Female breasts have always been the talk of the town. In polytheistic societies, pre-Christian and pre-Muslim cultures in Africa, North America, Australia, and Oceania viewed breast nudity as normal and acceptable – until the Christians missionaries arrived. Today, this remains the case in many cultures.

In Western and more specifically European societies, between the Renaissance and the 19th century, exposed breasts were more accepted than today. Remember that the nudity of the legs, ankles or shoulders was considered more daring than that of the breasts. Moreover, in aristocracy and high society, exposing her breasts was seen as a mark of prestige, an enhancement of its beauty, its wealth and its social position. The Renaissance also made a throwback to the heroic nude as it appeared in the Arts of Ancient Greece. Having bare breasts was therefore a reminder of ancient naked sculptures.

Then follows several back and forth movements between concealment and exposure of the female chest. In the 21st century, even if our “Western standards” suggest that women have the freedom to exhibit themselves, this is contingent on the social context. Depending on the context, the presence of a cleavage or a tight top lets the breast glimpse is considered to be a “sexualized exposure of the female breast”.

Jean-Claude Kaufmann, French sociologist, in his book Body of women, looks of men analyzes the human reports on the beaches and writes that the attitude of the women can be very influenced by the look that the men carry on the naked breasts. At the same time, some women can testify that the criticisms of other (dressed) women can be much more contemptuous than those of men.

The hypocrisy of our society

By scanning History very quickly, we realize that the female body unleashes passions. Even if we share certain anatomical points, a pressure is exerted on the body of the woman : men also have nipples, like women, why is it less embarrassing to expose a male nipple than female then ? Even that some men have “real” breasts, whether related to weight gain or hormonal imbalance, they can go shirtless without any problems, either.

A woman who puts on a cleavage can find herself making up labels “sexy”, “easy girl”, “not serious” and in parallel, a woman who dresses more soberly can be described as “virgin”, “prude”, “badly fucked”, etc. Whatever we choose, our appearance is subject to appreciation and judgment. How to find your way around and not go crazy ?

Also, these days, with social medias, a gigantic hypocrisy operates. Massive censorship is observed on platforms belonging to the Facebook group – and in particular on Instagram where artistic nudes – sometimes even without showing the nipple (because the nipple seems obscene for our society) are censored. Whereas conversely, content inciting hatred, violence, (pedo)pornography is not.

In parallel, it is via sexualization, even hyper-sexualization that our capitalist society sells. The number of sexist advertisements that target the female body is no longer counted. To realize the magnitude of the problem, you can go to the account of Pépite Sexiste.

Living with a generous breast

Living with a generous breast is yet another story. The breast in women attracts “naturally”, we will say, but the larger it is, the more it will take up space in every sense of the word. It will take up space in our daily lives and in our heads. Me too, I want to sleep on my stomach, I too want to do physical activities without feeling my breasts being shaken in all directions…

Personally, I started having more developed breasts as a teenager and I could not wear the same lingerie as my classmates in high school. I had to go to specialized stores and buy models, certainly to my size, but which were immediately more in the “sexy”, the “seduction” because often more transparent, decorated with lace, etc. Admittedly, these are pretty creations but as a teenager, we don’t necessarily want to wear this type of underwear (at least in my time !). Indeed, it’s already quite a story to watch your body change, to get used to it, to dare to look at it, take ownership of it and create your new identity as a teenager, almost a young woman…if in addition, we have to add the seduction aspect, we can get lost in it. As I mentioned in my psycho podcast, it is this break-in of the sexual that can cause disturbances. When the genital aspect arrives before the psyche is ready.

Today, it is possible to find lingerie brands that dress generous breasts but still many women find themselves in uncomfortable situations in lingerie stores where saleswomen make them feel “fat”, “abnormal” and that ultimately, they will not find enough to dress them. Level self-esteem and self-confidence, we will come back. And, it can be the same for clothes.

The look of the others

With a generous, opulent chest, eyes will be more on you – whether you like it or not. Even hidden under large clothes, the “big breasts” are noticeable. The eyes are on you or rather your breasts. Some people can clearly stare at you, or rather stare at your breasts. It happened to me again just yesterday in the street – I found this look really awkward and “disgusting”, finally, I’m not a person, I’m a piece of meat.

From adolescence, your peers can give you thoughts – both boys and girls. The words used cover both the denigration register (we make fun of you, we point out your difference), envy (some young girls who may feel envy or jealousy in front of a breast more generous than theirs), sexual. Sometimes gestures will join the word. How many women with generous breasts have been “grabed” without their permission because they have an “extraordinary” breast.

What will obviously be decisive is our own look in order to be able to live with a generous chest. It is one thing to bear the look of others, but if we do not love ourselves, the situation will be all the more difficult. Any physical transformation – including that of adolescence, requires a time of acceptance. We mourn an anterior body for a body in the here and now. This passage can be more or less painful depending on our life experience.

Having a large chest also requires taking this step : to appropriate this part of me and I insist on the word “part”. Indeed, the breasts are a part of my body, it is not my body. Often, the identity of women with generous breasts boils down to this attribute : they are “girls” with large breasts, boobs, etc. It is not surprising when I did my Google search that I came across pornographic sites : big breasts is a category in its own right in the plethora of keywords of online sex.

We have a generous chest, we are not a generous chest. There is subtlety. Next, the question will lie in : what do I do with this attribute ? Do I play with it ? Do I highlight it ? Or else, I accept it but I do not put it forward because it is seen well enough ?

Personally, thanks to the dance, which allowed me to free my body, then the photo, which enriched the look I had on me, I play with my breast. I can stage it, finally objectify it in my own way – but it’s up to me. I like to tell myself that I created my art through the naked photos that I’m sharing in which I want to combine the beauty of a body outside the diktats of our society, partial nudity and eroticism.

On the other hand, the down side is that a girl with big breasts can be quickly perceived as a jug, an easy girl, etc. Indeed, it is not with the references of our pop culture, which have now become that of reality TV, that our story will be settled. The reference Kim K. and cie comes to stick a label already present on the girls with a certain plastic. As if our breasts prevent us from having a brain : in fact, our brain is divided and came to fill our breasts…

In intimate relationships, the question of living with a generous breast arises. In dating, some men will be attracted aesthetically by the generous breasts – a more “archaic” and unconscious part of our psyche directs the desire on “generous” secondary sexual attributes  because supposed more able to reproduce. Others will consider our “big breasts” as a challenge, a boost of ego : I went out, I slept with a woman with a generous breast. He’s only going to remember that.

There are also many prejudices about women with large breasts : they would be “easier” in bed, more “dirty”…I want to put a giant stop ! Ladies, if you don’t feel like doing this or that practice, you have the right to say no. And if the man in question doesn’t hear your no, it’s not you the problem, it’s his ! Always listen to yourself and if you feel that a situation is not right for you, honor yourself and set your limits.

In summary, living with a generous breast is entirely possible – and it can even be great. However, this requires being a bit armed to preserve and support one’s identity.