I discovered the house during an event with My Little Paris and Marin Montagut two years ago and I fell in love with the artistic touch behind this original name.

The house was founded by three heritage conservators wallpaper specialists, graduates of the National Heritage Institute and the Sorbonne : Julie Stordiau, Vincent Farelly and Jean-Baptiste Martin.

It is on the site of a historic house in Auvergne that they discover residues of dominated papier under layers of wallpaper that centuries had accumulated. To reconstitute it, they dive into the history of the dominoterie and are passionate about this craft technique fallen into oblivion.

In 2012, they join forces and challenge each other to revive this French know-how representative of the decorative arts of the eighteenth century. They found the company A Paris chez Antoinette Poisson ; name given in tribute to the Marquise de Pompadour, born Jeanne-Antoinette Poisson, amateur of the arts and great amateur of wallpapers.

It is all the charm of the intimate interior decorations of the eighteenth century that offer to revive this trio of enthusiasts.

What is dominated paper ?

Antoinette Poisson explains very well on its
site the history behind this technique and aesthetics. At the time, dominoes were printed on the leaf from boards engraved with motifs. These leaves, 32 x 42 cm in size, were enhanced with colors by hand or with a stencil. The paper dominated, decorated with floral or geometric motifs, adorned at the time the interior of the chests, cupboards or dressed boxes or boxes. It was also used for wall decoration of small rooms such as corridors or alcoves. It was also frequently used to link the paperbacks, now constituting the rare evidence of a great production. These decorative papers gradually disappeared at the end of the eighteenth century with the invention of continuous paper (roll). It is this know-how disappeared and unique revives the team of creators of painted wallpapers of Antoinette Poisson in the respect of the artisanal techniques of the 18th century.

Antoinette Poisson offers Ladurée to see life in pink with the desire to highlight the fragrant roses that hatch at this time of year. This is reminiscent of Maison Ladurée’s passion for the queen of flowers, a symbol of the French way of life, as beautiful in bouquet as to bite and whose virtues of beauty are no longer to prove.

The rose marks the House in the new movement Slow Flower which is committed worldwide to find a local and seasonal flower production.

Ladurée was one of the first Parisian pastry chefs to invite the rose to its table. For the brand, it reinvents its classics and declines them to infinity : macaroon, Saint-Honoré, religious, meringue and even, a bewitching chocolate. The pastry I discovered with the rose and which marked me for life is the Pierre Hermé Ispahan which is a macaron with a rose cream, raspberries and lychees.

For the spring of 2019, Ladurée offers this floral and romantic collection with two boxes of macarons imagined with Antoinette Poisson to create an object that echoes the history of the two houses. The first is a box of six macaroons (€17.50) and the other of twelve macaroons (€32).

As mentioned above, this season announces a new pastry made from rose. The novelty is the pink cardamom macaron which combines the sweetness of the rose and the spicy tip of the cardamom which creates an original macaron while subtlety.

The motif, designed exclusively by Antoinette Poisson in Paris in their Parisian workshop for Ladurée, is inspired by ancient rose gardens which intertwine around a geometric treillium until forming a bucolic rose garden.

The drawing emphasizes the delicacy of the petals, exhales an imaginary perfume, announces the pastry pleasures of roses to eat. 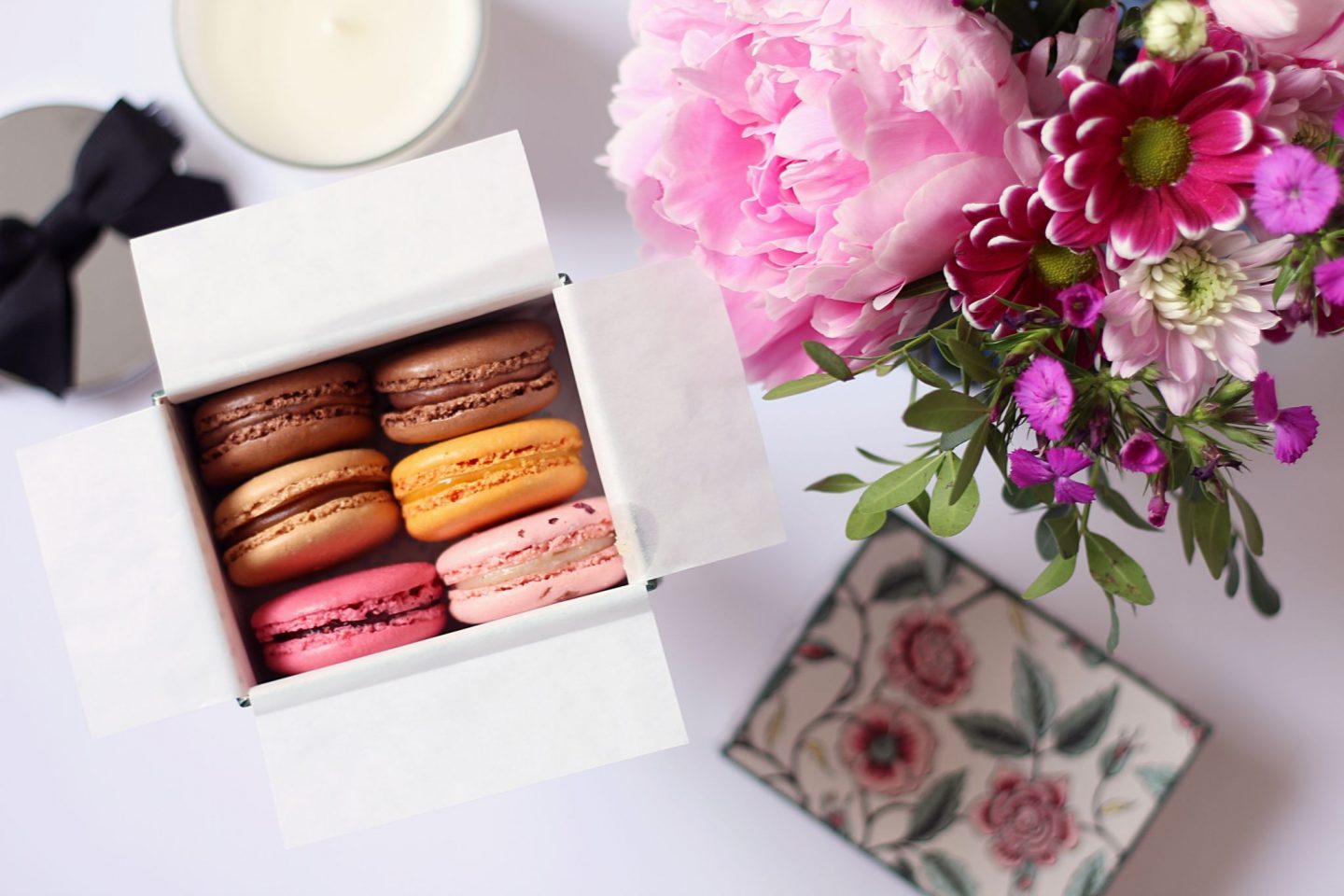 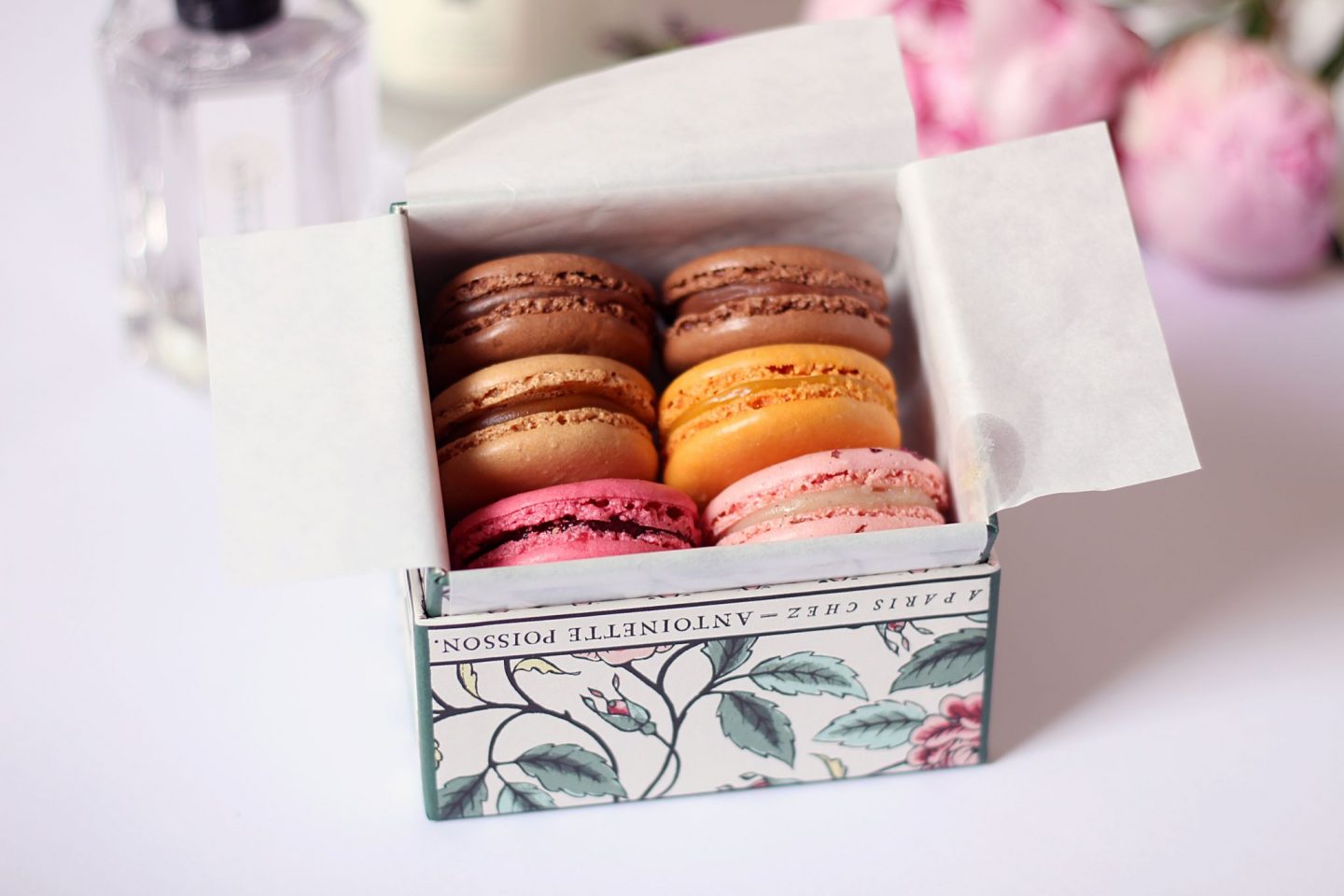 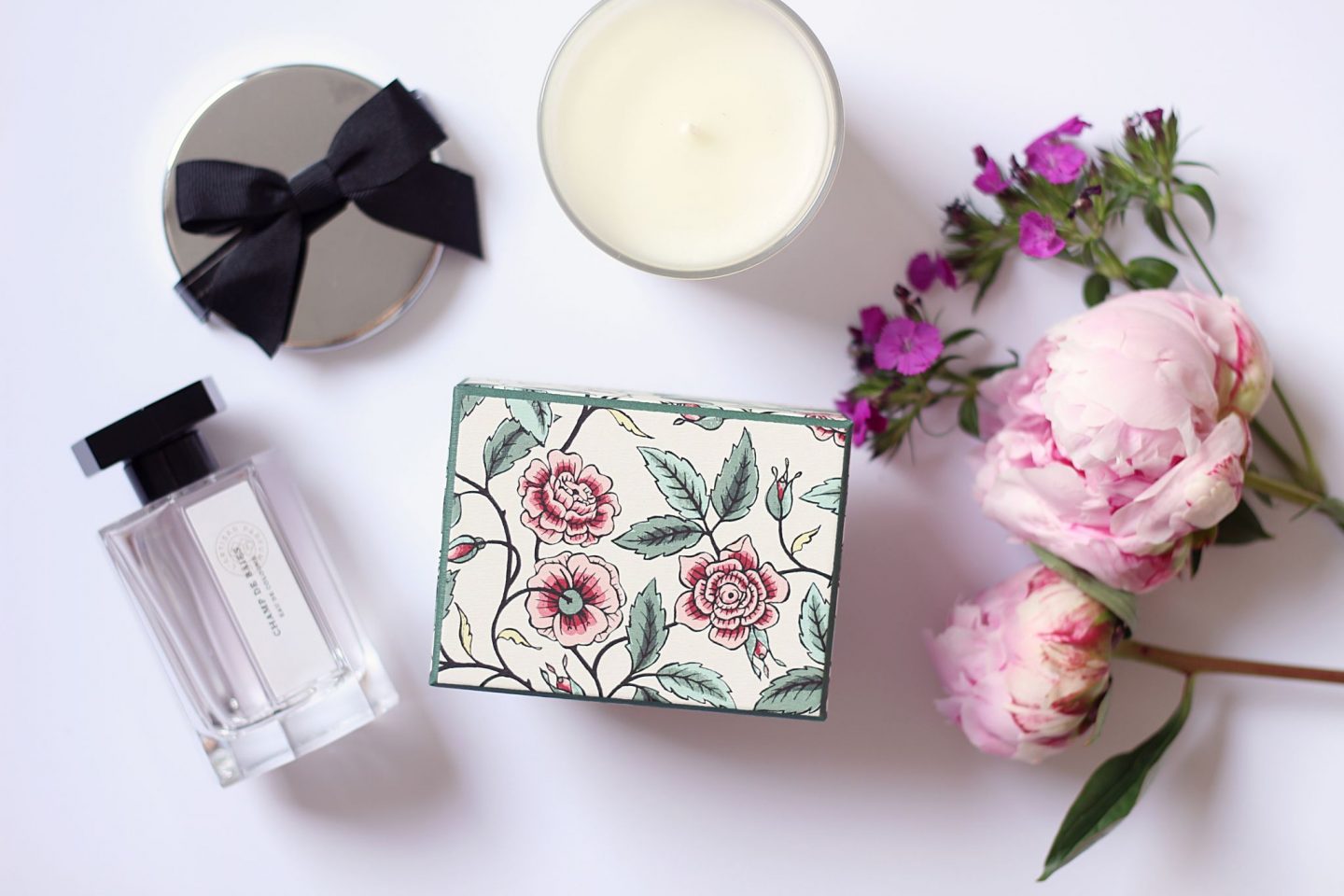