Discovering Brooklyn is a must have when you go to New York. I’ve only been there twice, fairly quickly, but I want to share with you the few places I’ve visited – until you get ready for the full post on the Big Apple !

Brooklyn, located to the South West of Manhattan and adjoining Queens, is one of five boroughs in New York City where there are trendy neighborhoods and others, more complicated or dangerous for tourists.

The trendy neighborhoods of Brooklyn have seen take a lot of growth for several years. Living in this area of ​​New York City has become sought after for some of the New Yorkers, and the most popular apartments will be expensive – almost as much as in Manhattan. In Brooklyn, fans of more specific artists and unique shops will be delighted.

Brooklyn is a huge neighborhood – even I did not think so big. I will not detail the many neighborhoods/districts of Brooklyn, however, here are some of which you should know the name for some of them :

Of course, you should not choose your hotel in these areas or even go for a walk or have a drink at night. So beware if you find an Airbnb or hotel at an unbeatable price in Brooklyn.

Brooklyn is organized into different neighborhoods. Depending on where you go, you will not choose the same itinerary. You have several subway lines that go to different parts of Brooklyn.

If you want to walk to Brooklyn, it’s possible. I advise you to cross the famous Brooklyn Bridge to get done. Allow an hour for the crossing and arm yourself with patience depending on when you go – it is very popular and many tourists will be present. Nevertheless, the view and the experience are worth the detour,

However, from one neighborhood to another in Brooklyn, it will sometimes be easier to take the ferry. Indeed, from Williamsburg to Dumbo, there are no direct metro links – my friend advised me to do it by ferry (same fare as a metro ticket) and this path allowed me to get to the exact place I wanted. Making the trip is ferry provides an additional experience – and allows us to enjoy the view from the East River and to discover Brooklyn differently.

Discovering Brooklyn : What I advise you

As my time was short in this area, I could not do everything I would have liked. Here’s where I went to discover Brooklyn in record time – and I liked it.

The Williamsburg area is very friendly : the street atmosphere, the trendy cafes and the Jewish community to explore if you wish. I have lunch in the Gotan Café, a nice place where everything is fresh and homemade. I had a great halloumi sandwich – Greek cheese a bit difficult to find in France. If you have the time, I invite you to visit the Williamsburg Bridge.

DUMBO, for its view of the skyline and the East River. My advice would be to enjoy the view of the Brooklyn Bridge (the docks) and take a tour of Brooklyn Park near Pier 1. It’s nice, especially when the sun is out. The first time I went to Brooklyn, I ate at Shake Shack which is known for the shape of its zigzag fries. Shake Shack is known to be one of the best New York fast food restaurants.

From Brooklyn Bridge, I invite you to walk to the Manhattan Bridge and stop at the crossroads between Washington Street and Front Street or Water Street to get the view of Brooklyn that all movies show – as well as the famous loft of the Humphrey family in the Gossip Girl tv show. Get ready for the crowd of tourists having fun taking selfies and other more original photos than others. Walk down Washington Street to the Street Park to get a great view of Manhattan, the two bridges and take the opportunity to pick up some stones at the water’s edge.

On the way to the subway, I came across a shop of the most charming : Front General Store. This shop is a vintage shop where you can find both unique vintage pieces with products still made in the USA. The shop diversifies with lifestyle with ceramics (from small creators), stationery and fragrances both indoor and for men and women. All brands offered are either Made in USA, or Brooklyn for some (passion for Brooklyn Candle Studio) and Made in Japan because the store is held by Japanese who also value their expertise. 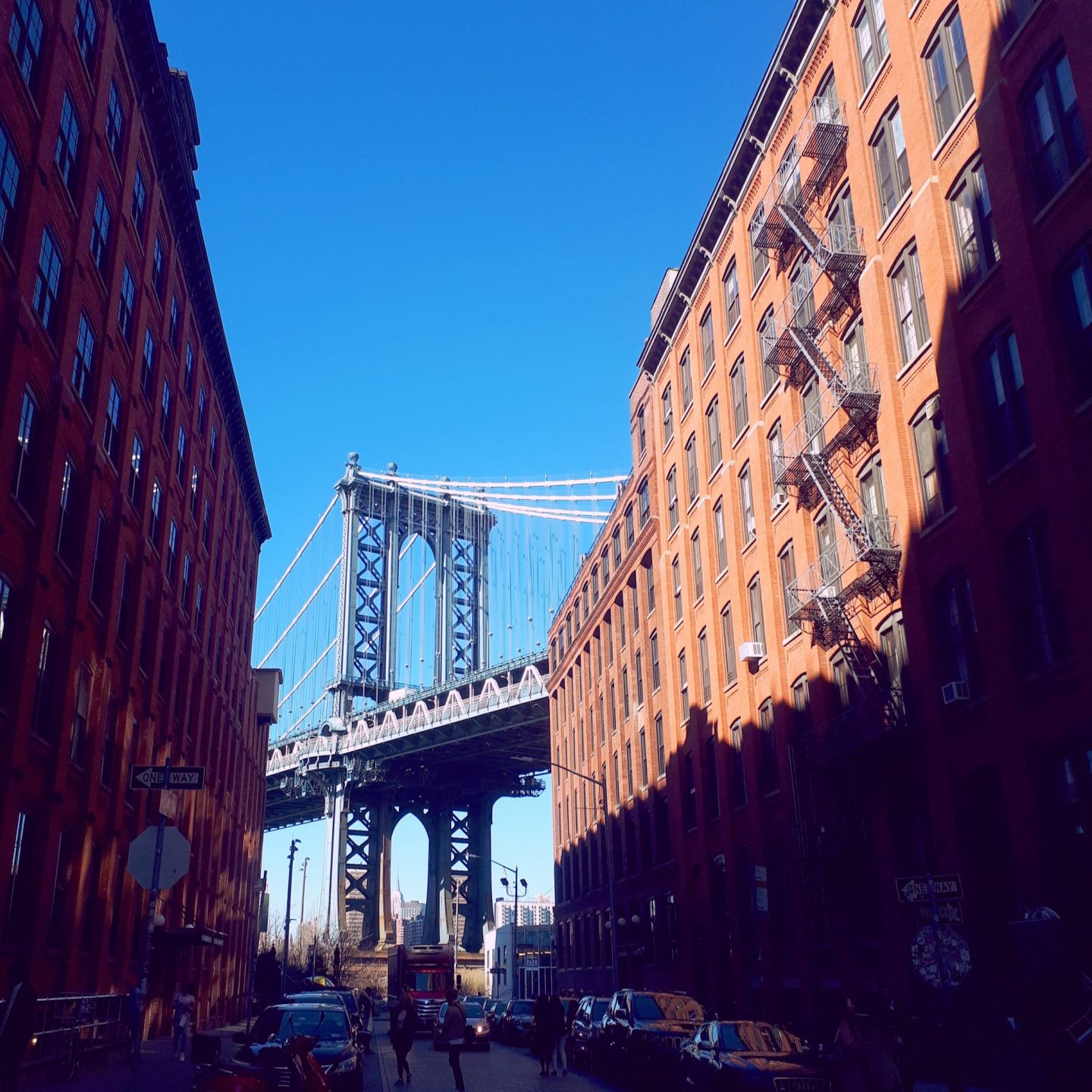 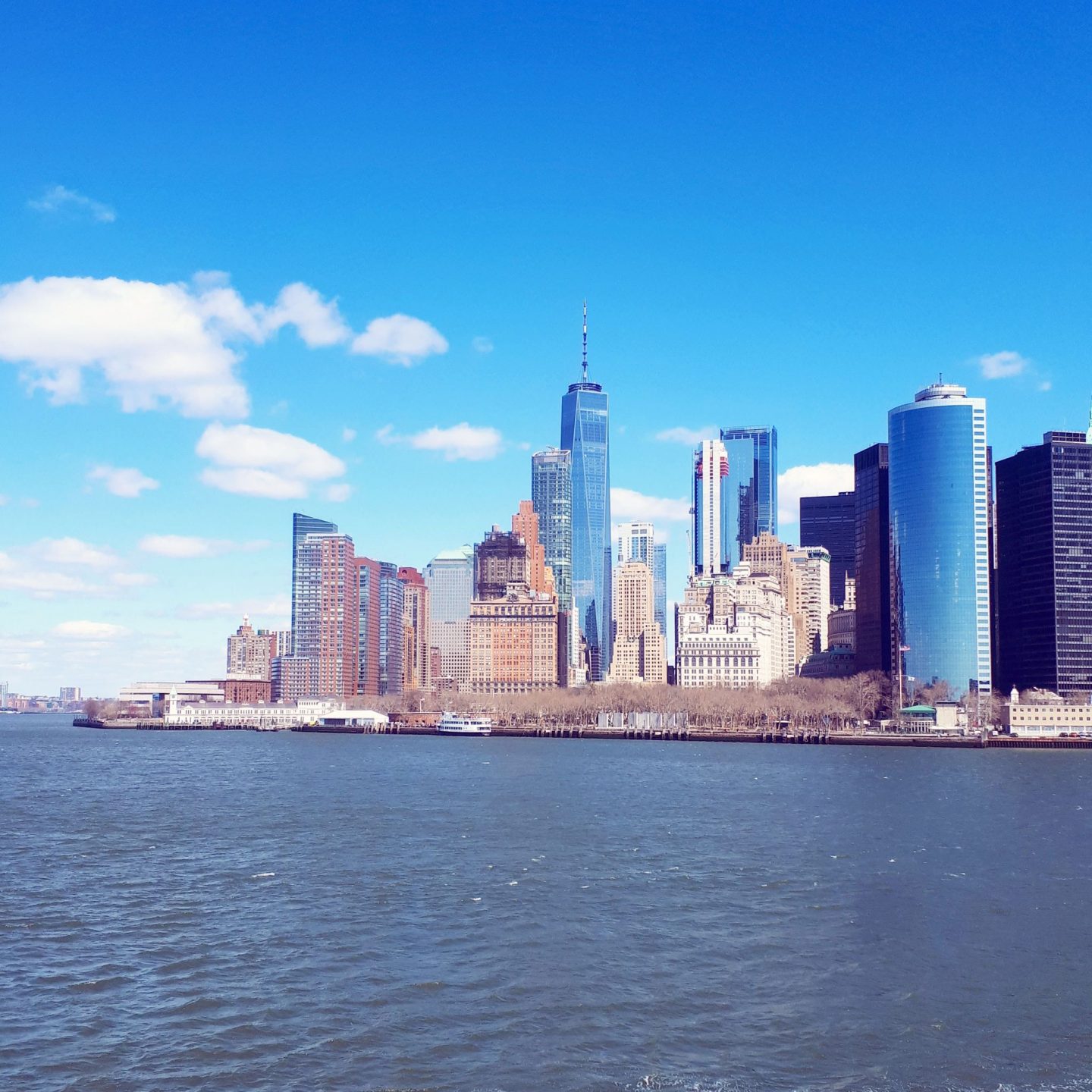 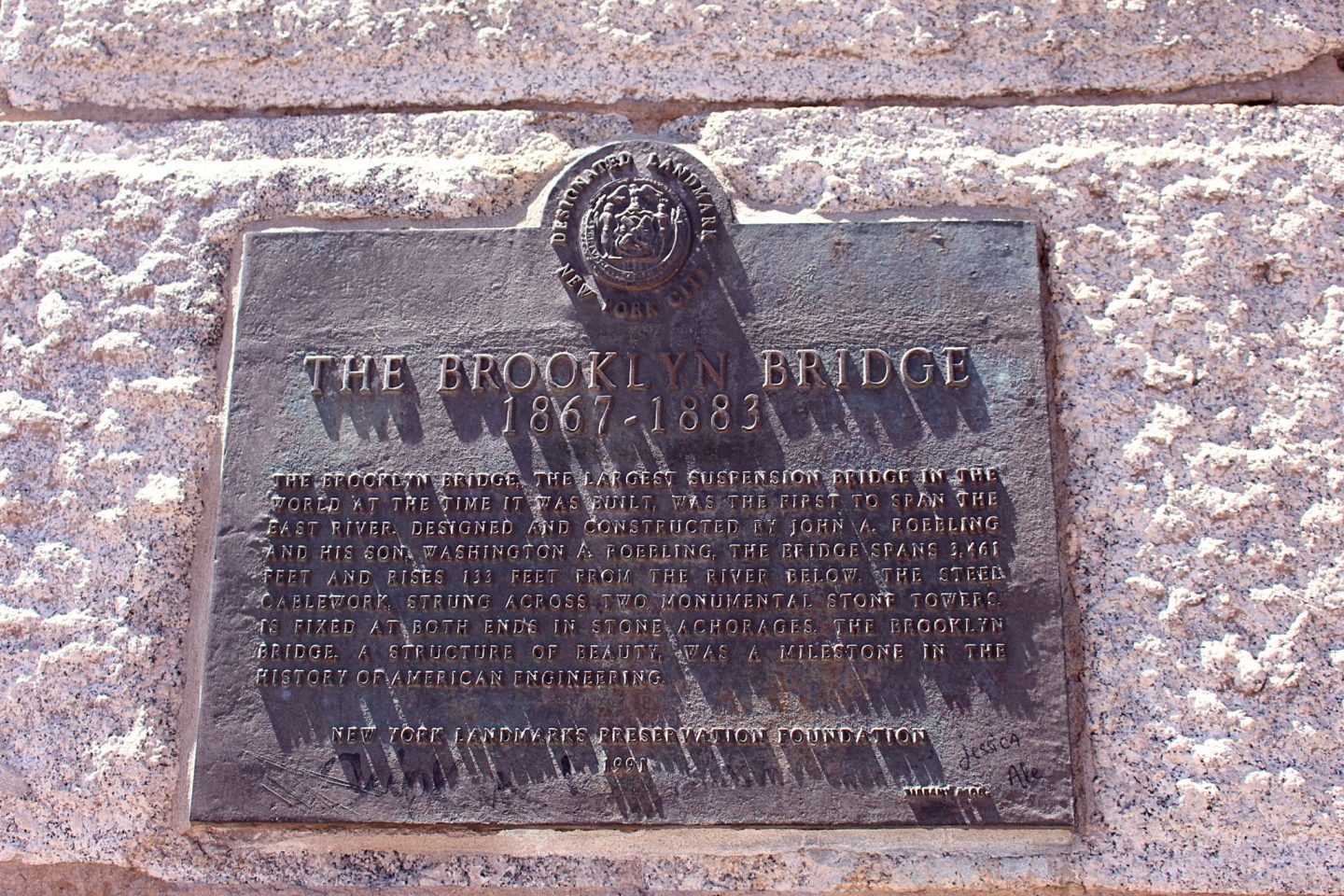 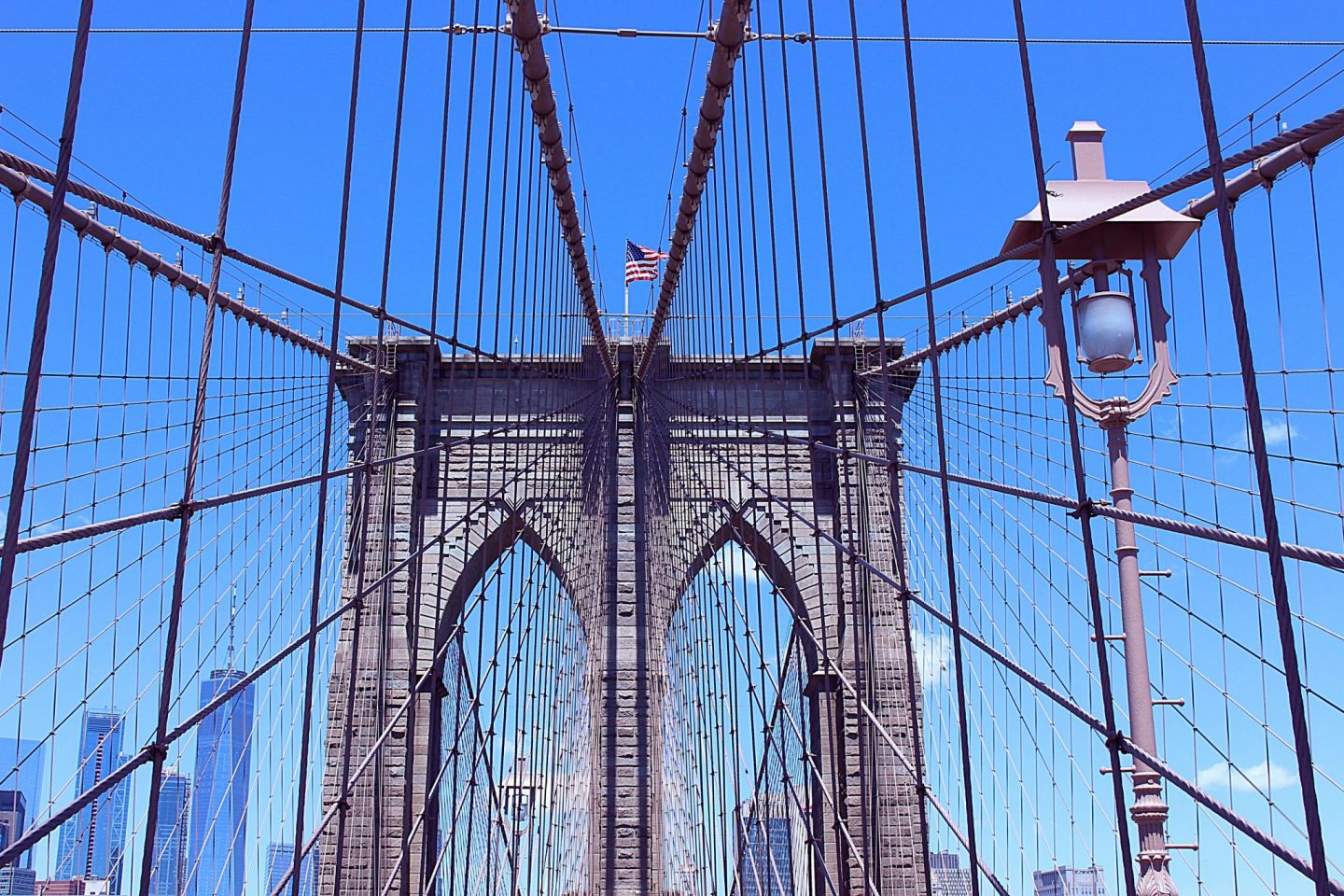 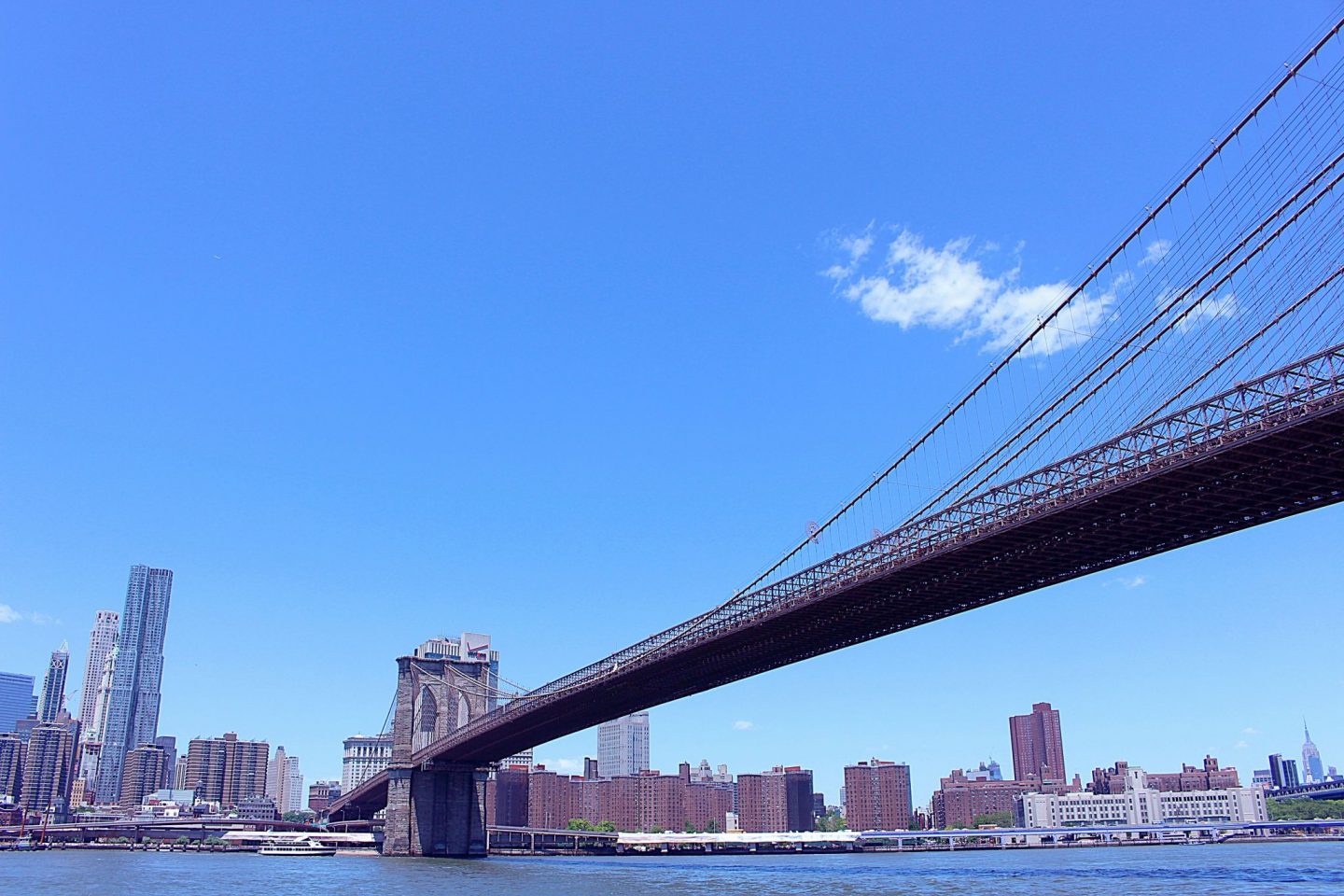 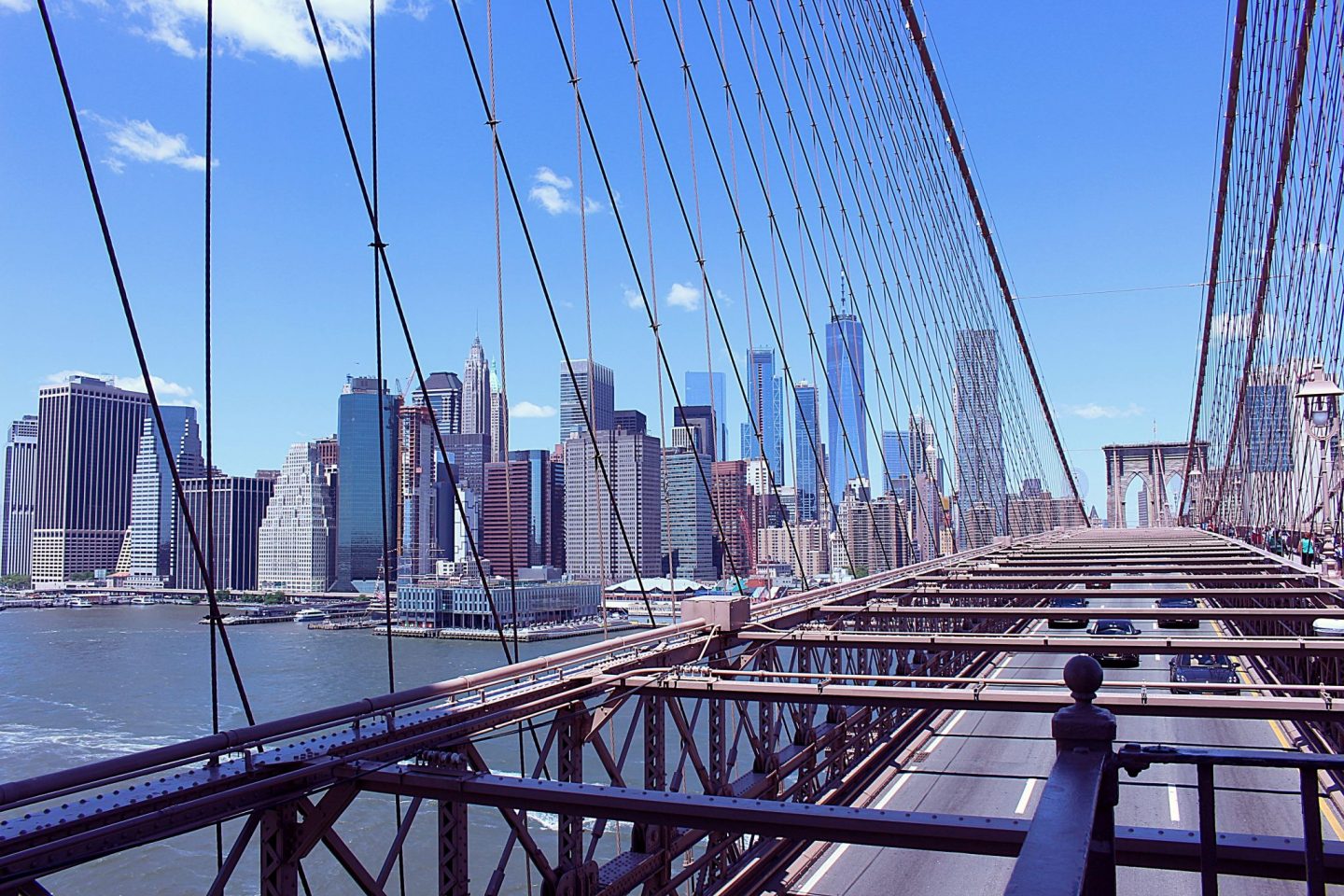 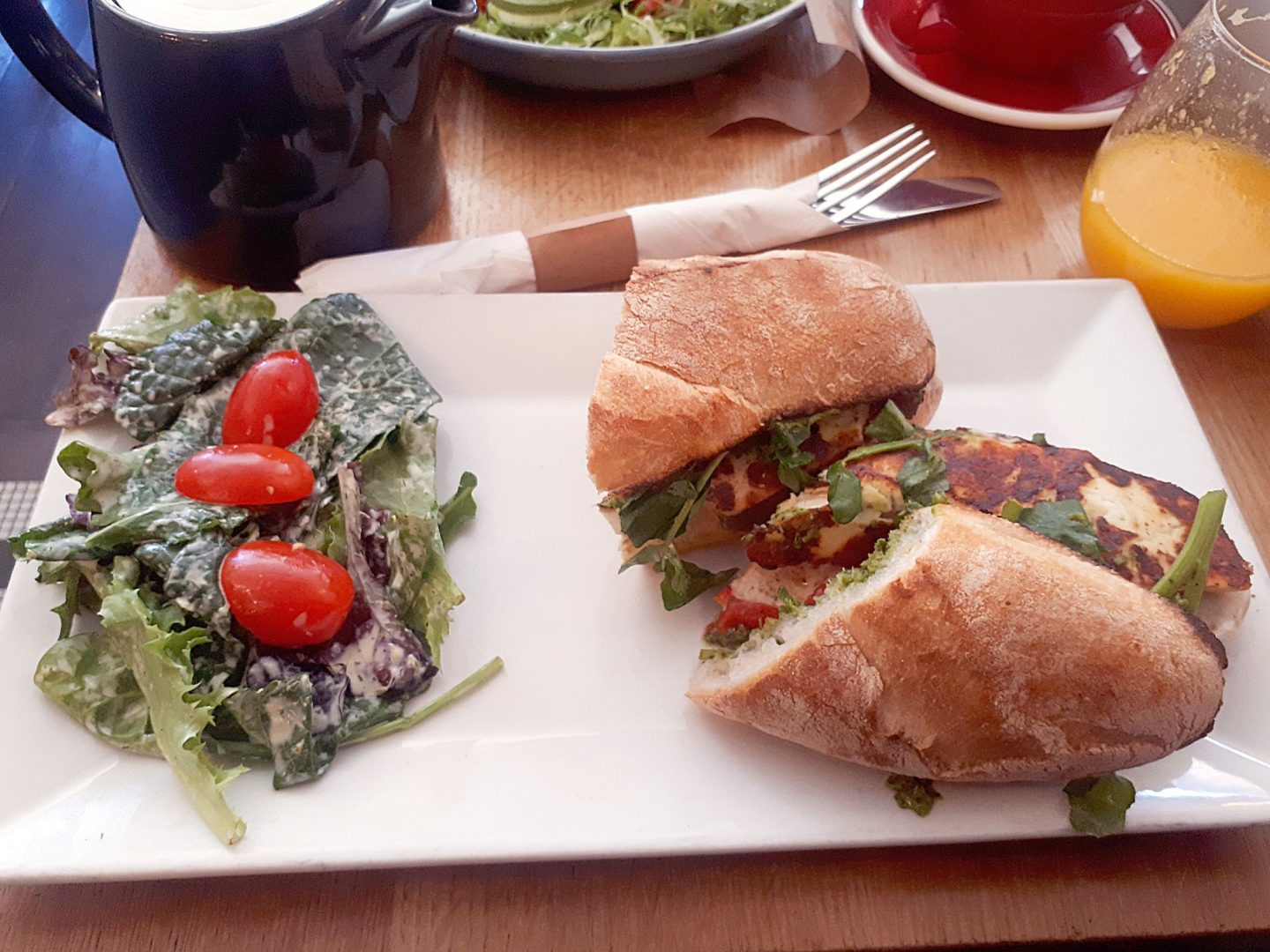 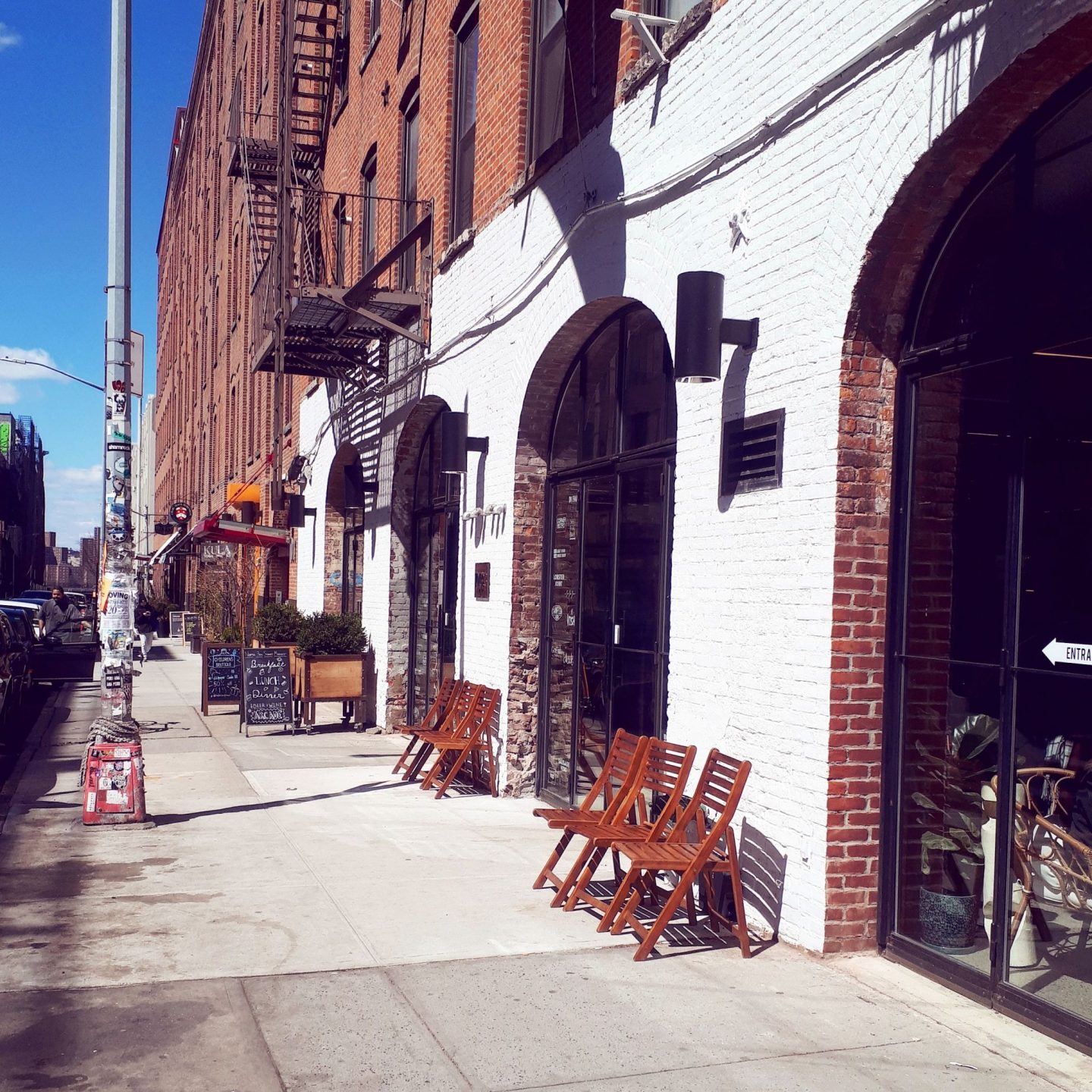 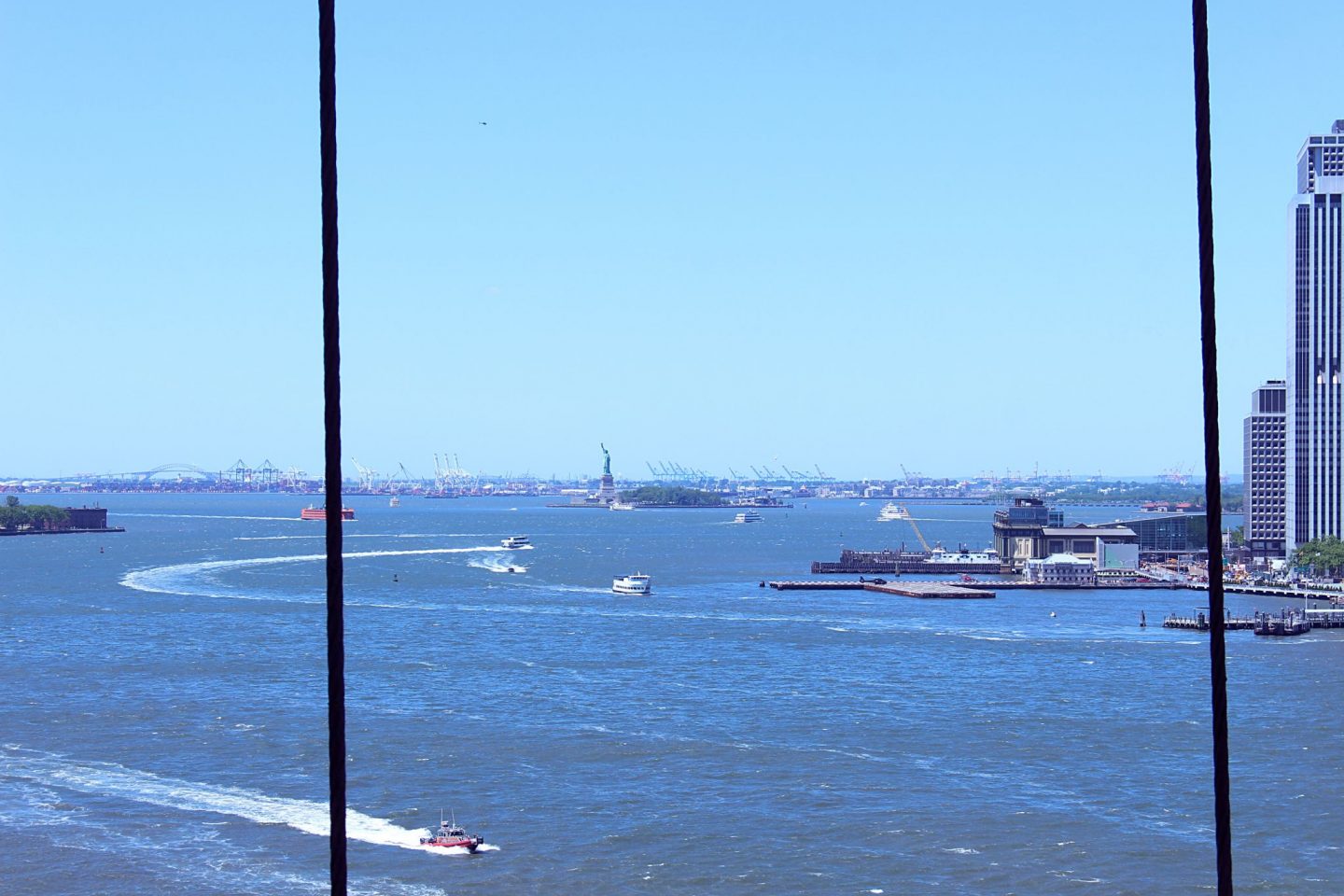 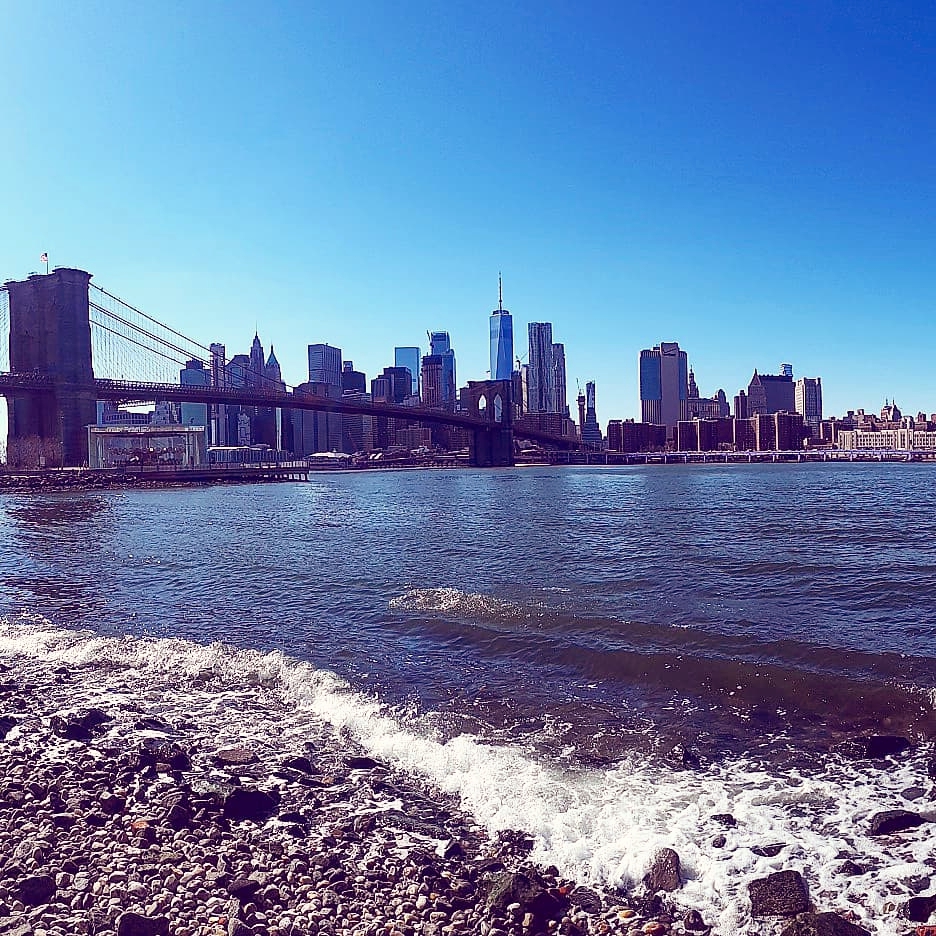 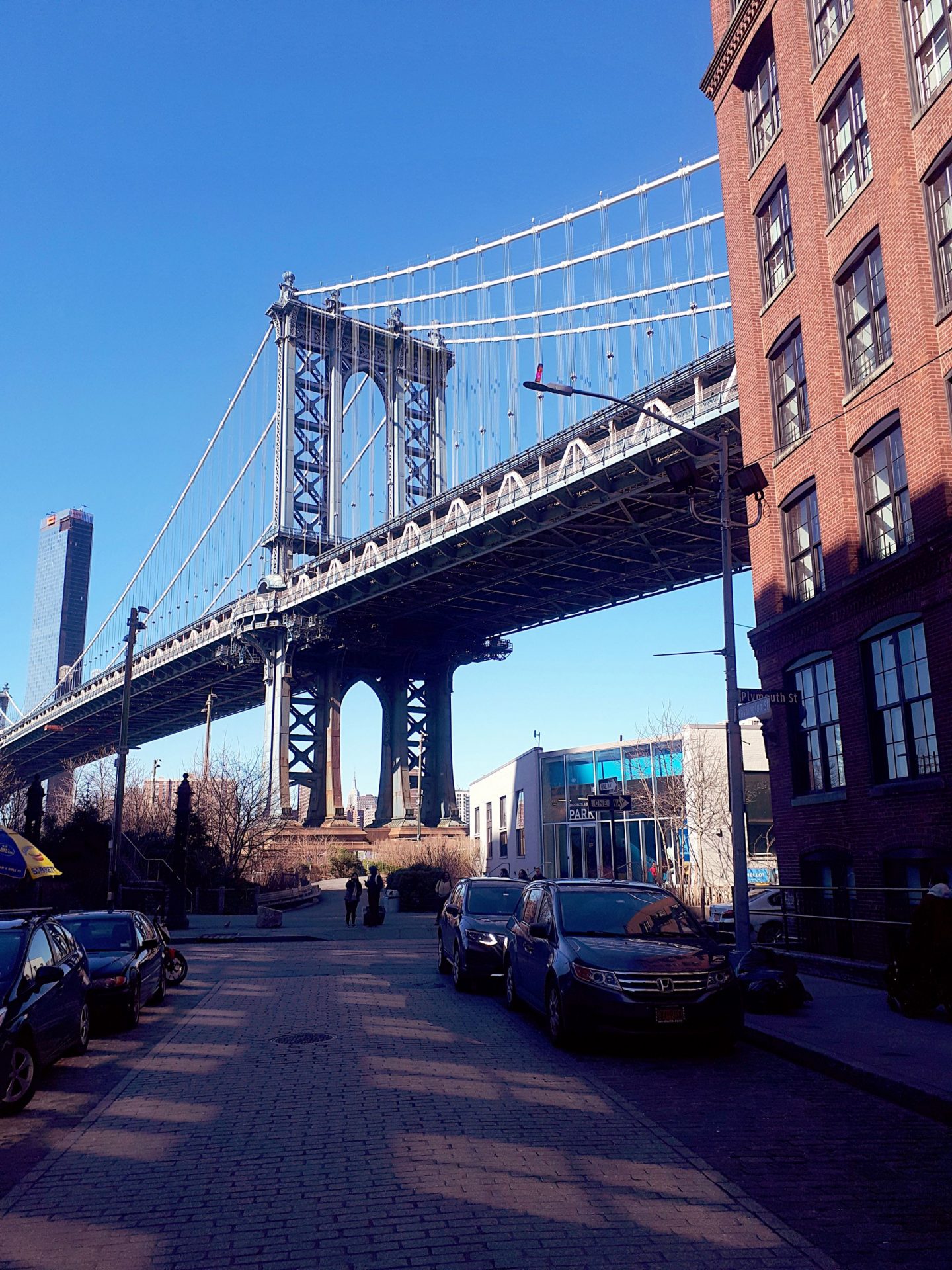