Eyebrow mascaras are a perfect invention to save time in the morning during the make-up stage. They combine coloring, fixation and make it easier to fill the eyebrows when they need it.

I tested three brands that have in their line an eyebrow mascara. I compared them according to several criteria : packaging, formula, use/ergonomics and behavior.

Maybelline mascara offers a formula to enhance eyebrows while redrawing and adjusting the color. He has a “spoon brush” which is supposed to marry the line of the eyebrows with precision. This brush is made of plastic – which is original since the majority of eyebrow mascaras have a brush that is similar to classic mascaras. I chose to test the Deep Brown hue on all three available.

From the first use, I had difficulty using the brush. I find it too wide for my eyebrows. I think it is more suited to the not groomed or naturally provided eyebrows. I found that the formula dries very quickly and I had trouble working the product to obtain a natural effect as I like.

Nude by Nature mascara is a mascara for tinting and fix eyebrows. The product comes in two colors. Of course, I tested the Brown tint that comes close to my natural shade.

The formula is lighter than the one from Maybelline but remains relatively thick. The brush is ultra thin and the handle a bit too flexible for my taste to adjust the gesture. It is for this reason that during the application, I use only the end of the brush in order to have the most precise application possible. I find the natural effect and the shade suitable. The product fixes the eyebrows well and does not become caky when dry.

Studio Makeup mascara wants to color and fix the eyebrows in a single gesture. This product comes in three colors. I use Dark, the darker shade.

The brush is small and conical. The hair of the brush is longer than that of Nude by Nature. The formula is less thick than the first two and is even easier to work with. The formula remains flexible even if the product dries – which makes the result very natural.

On the first step, I put Studio Makeup mascara and then Nude by Nature. I position the Maybelline in last position because it is not suited to my profile at all. 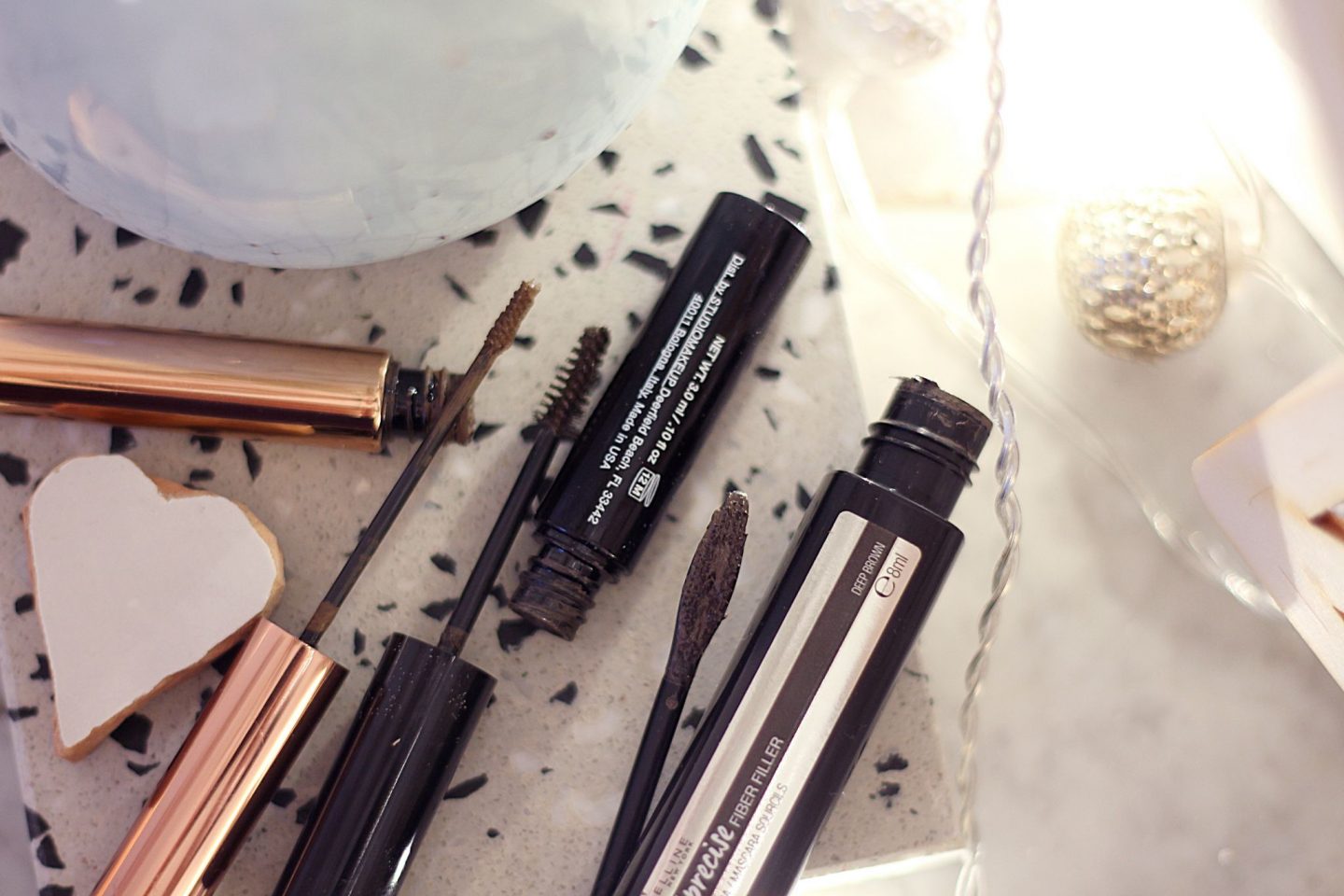 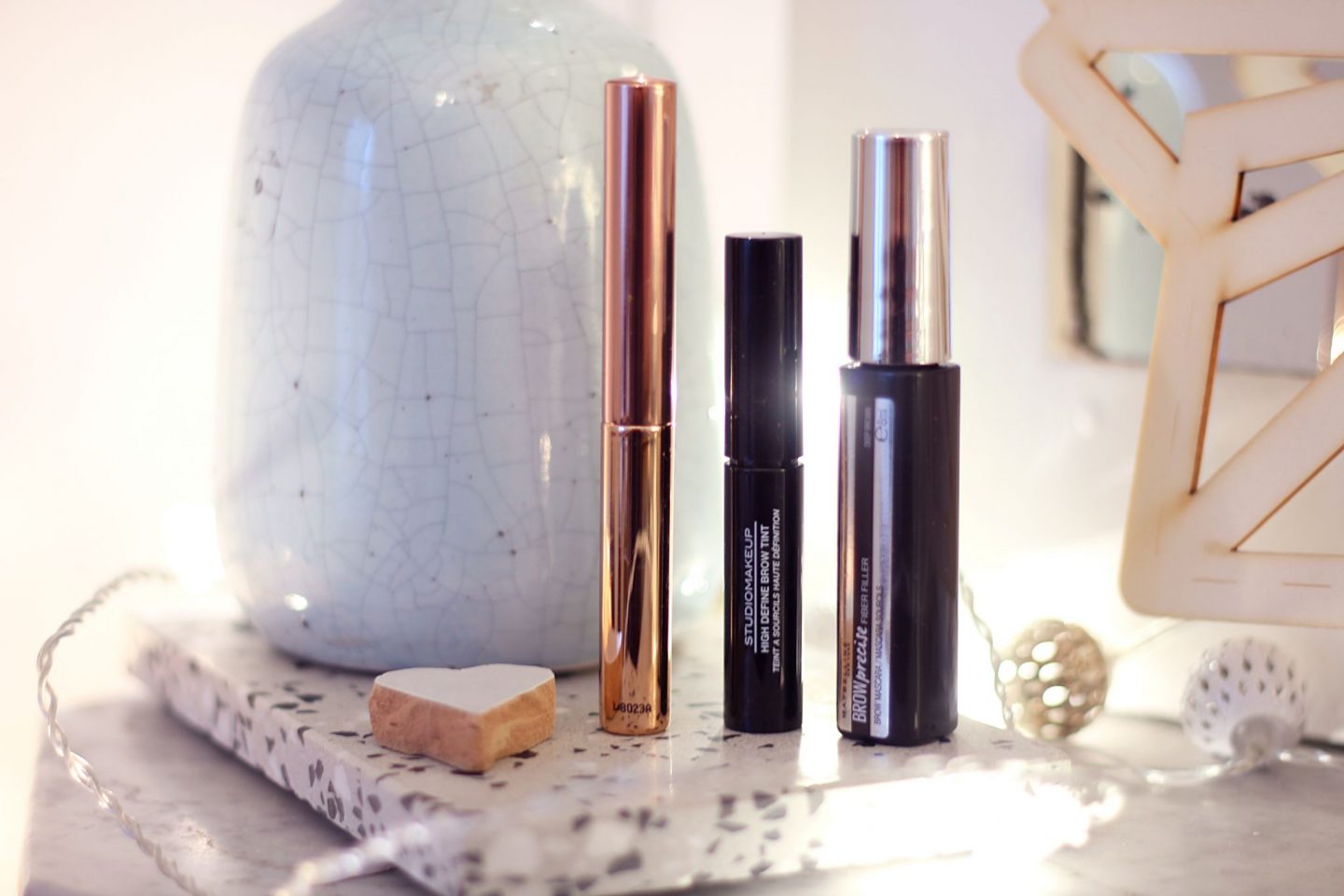 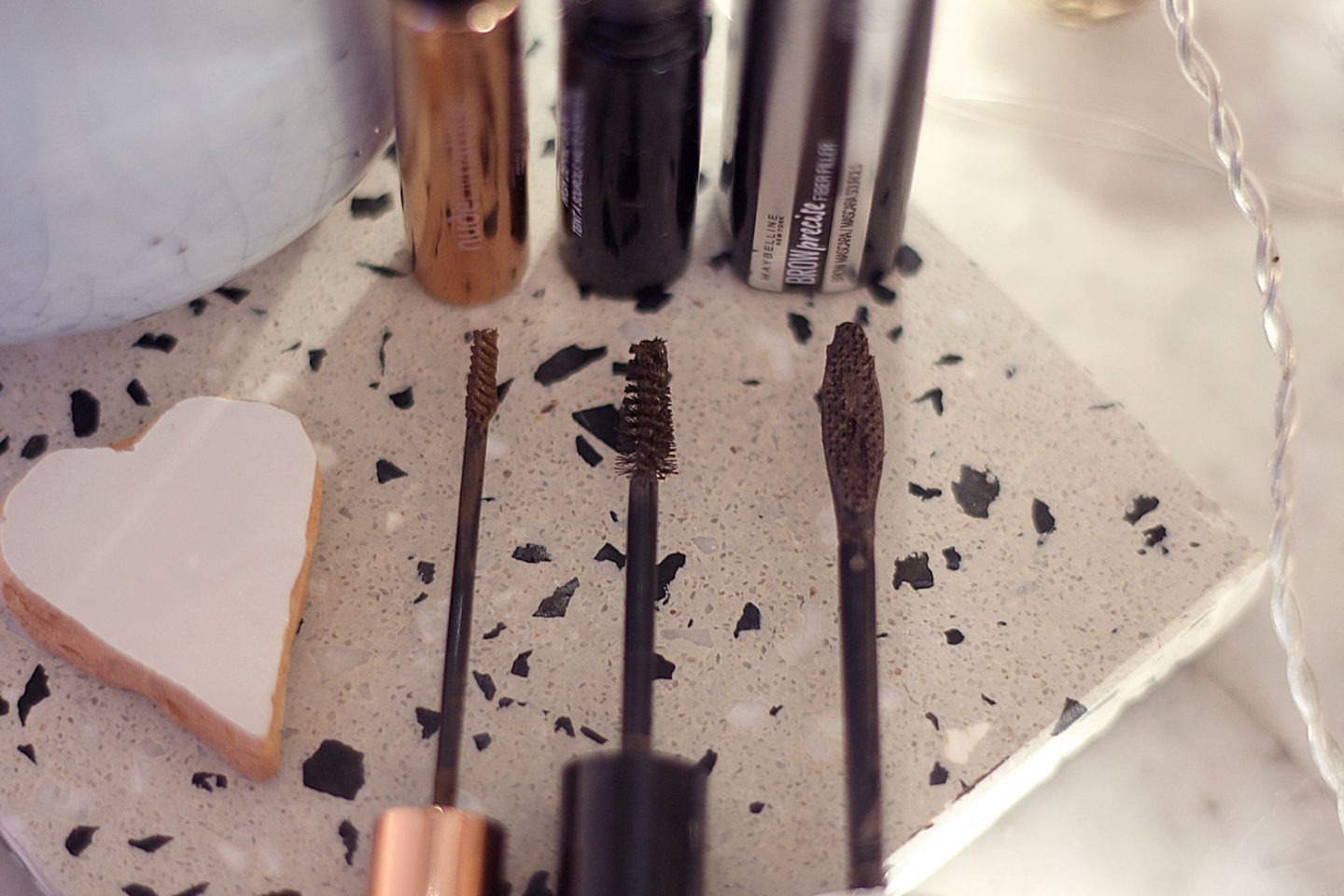 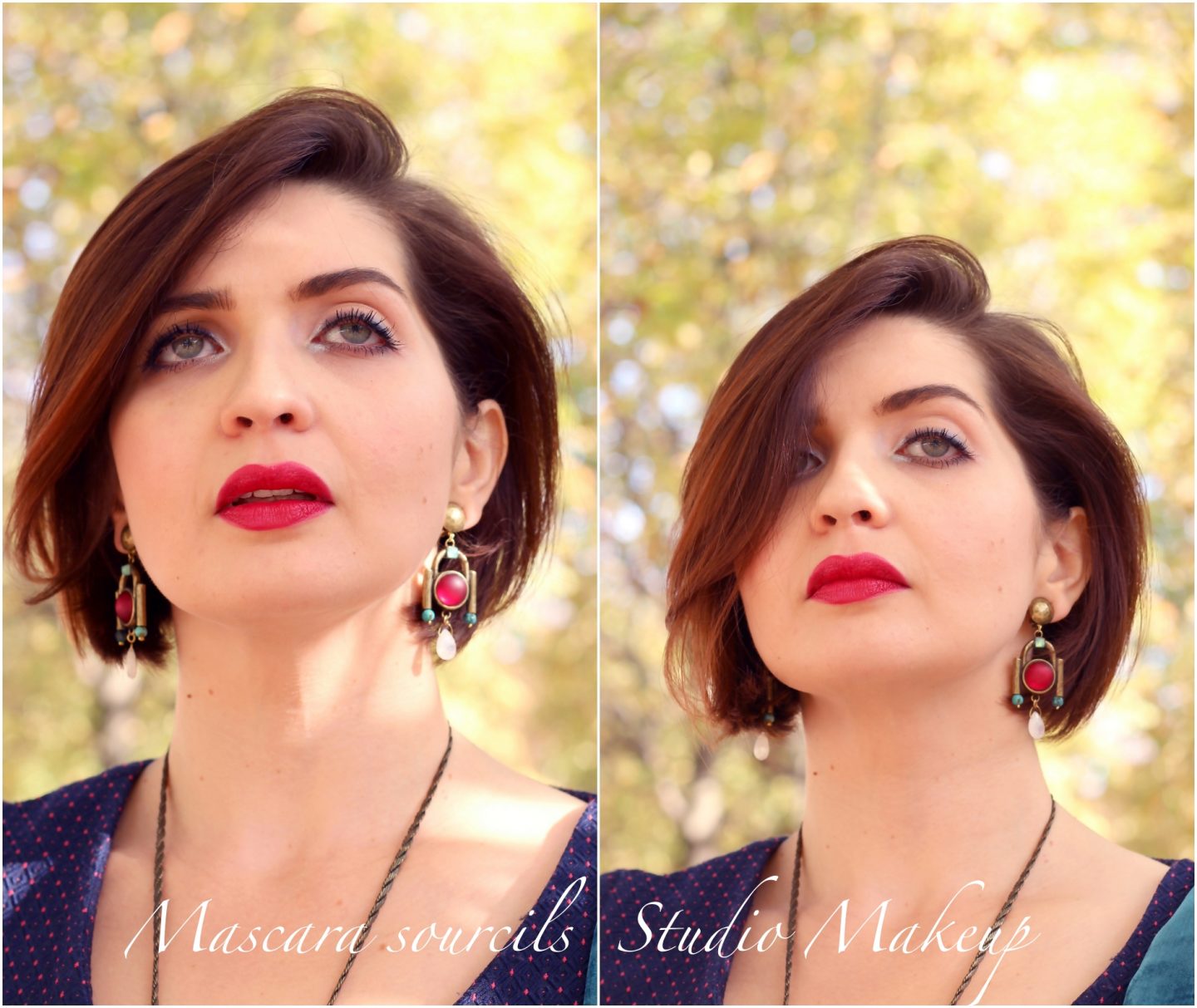 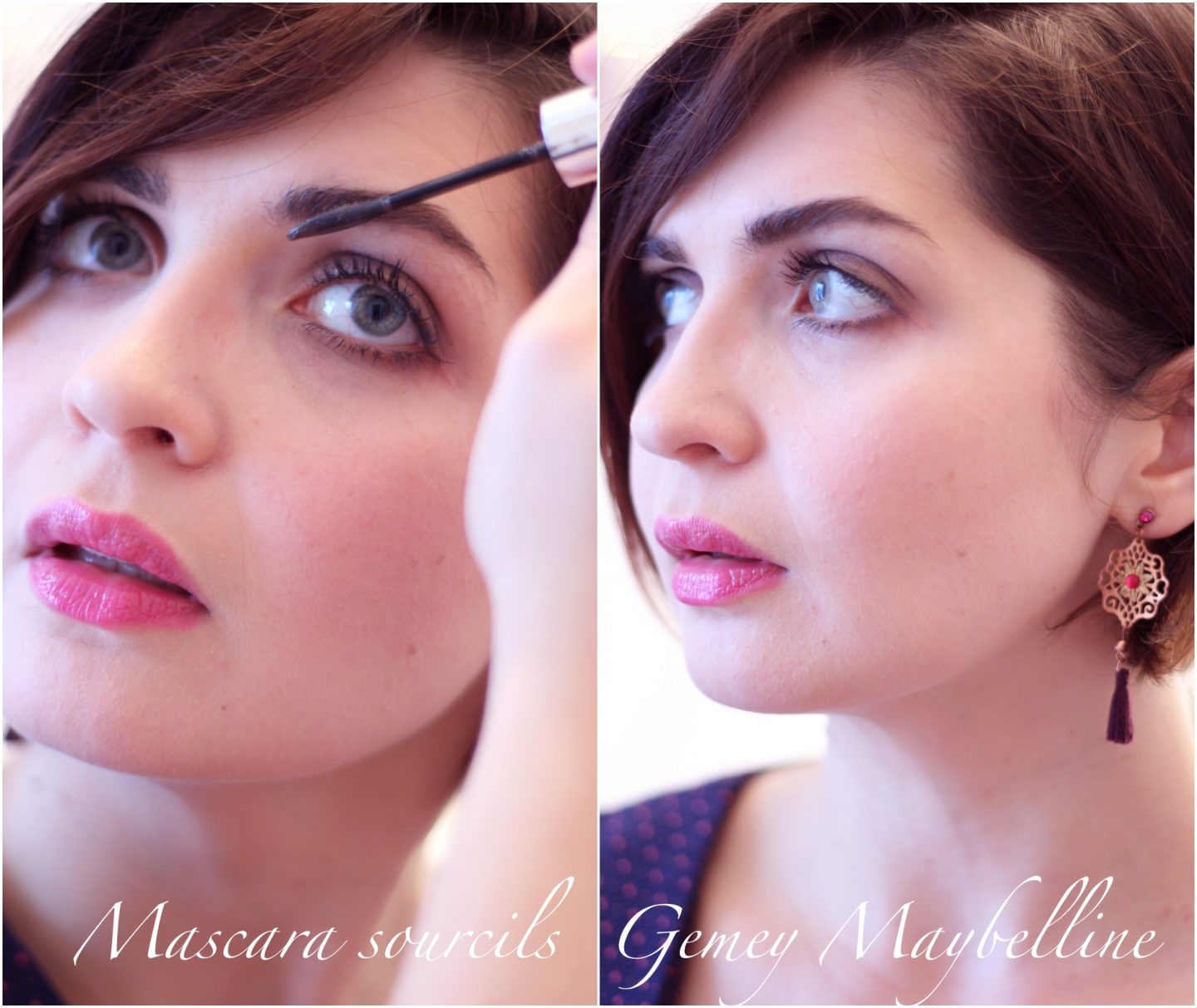 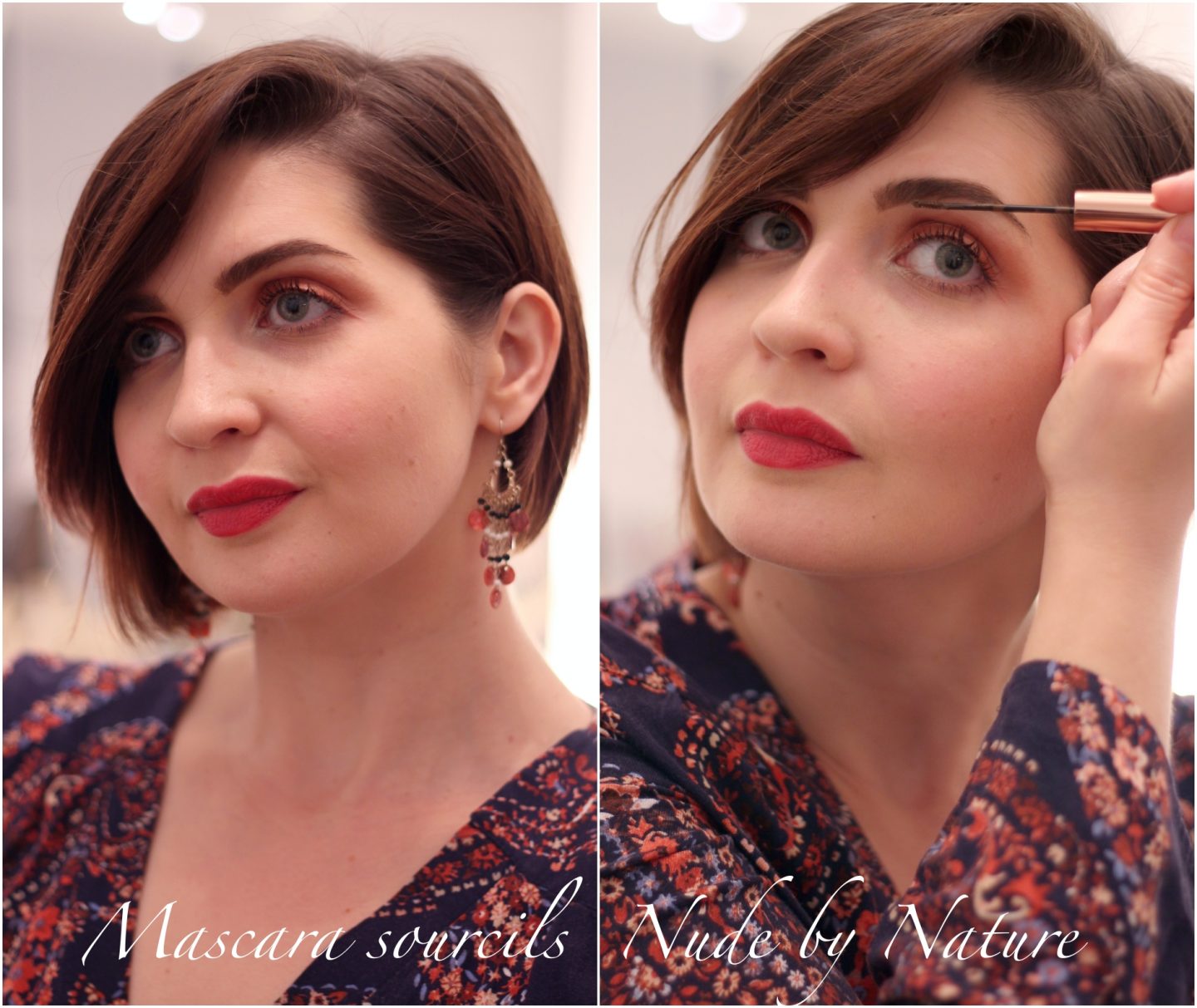